A new era of intolerance? 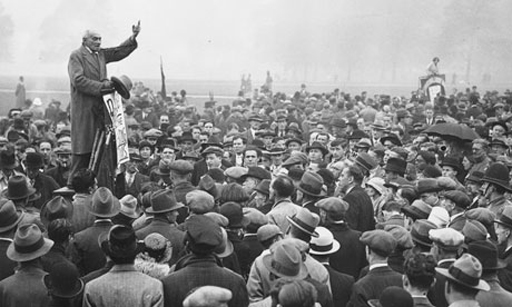 A little while back, I drew attention to a forum where some posters were being extremely unpleasant about me and my new book, despite their not having read it. Independently, and in response to that blog post, a number of commenters joined the fray, building to over 300 replies on the single thread, with over 10,000 views.

That left the diehards getting more and more aggressive, and they tried to defend their turf ÃÂ until yesterday when the thread was removed it its entirety, apparently on the pretence that a thread about a book (started last April) is covert "advertising".

One has to gloss over the question as how one can discuss a book without in some way "advertising" that book, but such higher realms of logic are clearly not for the defenders of the faith, especially as advertising is clearly allowed elsewhere.

What this is really all about, therefore, is the "guardians", having dictated that the Battle of Britain is the daylight battle for air superiority conducted by RAF Fighter Command from July to October 1940, no alternative viewpoint is permitted.

Ironically, the narrative attached to those who flew in 1940 to defend our freedoms must now be defended by restricting freedom of expression in a discussion about the value of their exploits. Doubtless, Wing Commander H R Allen would have appreciated the irony.

The broader issue here though, is the point that I made in my original post, when I remarked on the similarities between this bunch of obsessives and, warmists and even europhiles.

But what we see in them is also apparent in some of the comments to Booker's column on armoured vehicles, where one sees the same type of dogmatic, sneery and aggressive response that one encounters elsewhere.

There is nothing at all wrong with this approach when it comes to addressing our masters. But one really does wonder why some people feel it so necessary when they join anonymously forums and comment threads to express their views in such a way, to people whom they do not know and have sinned only in having views which differ from their own.

It is difficult to judge, without a comparative base, but one really does wonder if we are on the verge of a new era of intolerance.