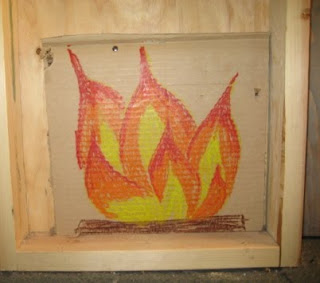 Characteristic of the many subjects reported by the media these days is the fundamental dishonesty with which they are treated. To add to the EU, climate change and sundry other issues, we can now also add "fuel poverty".

The report is gleaned from an opinion poll for the National Housing Federation, which tells us that two-thirds of people in "fuel poverty" said they heated their homes less than would like because they could not afford the high prices of gas and electricity. The nearest they get to real heat is a colour picture in a pretend fireplace – the ultimate energy-saving device.

But, in this paper's book, the villains are the energy companies which are failing to pass on falls in wholesale costs. Thus, it declares, the research adds to pressure on ministers to take action against energy suppliers to bring down bills and increase social support for vulnerable households to ensure they can stay healthy in the cold.

Of course, nothing is mentioned about the hidden subsidy to windfarms (the ROCs), the cost of purchasing carbon credits from the government and the "top-ups" through the CDM system, the climate change levy and the spiralling costs of industry "carbon" reduction schemes, both "voluntary" and compulsory.

Not only are these costs never mentioned, they have never been estimated properly and they are certainly not identified. Therefore, average consumers have no idea what they are paying for – and the media certainly is not going to tell them.

Then there is the financial drag of our wholly inadequate energy policy, blighted by unrealistic climate change requirements. And, of course, the reason why we are paying so much at the moment is that it happens to be rather cold. Thus, in order to "stop the planet heating up" seven million people are having stay cold.

Would that they knew it, many of those shivering in their poorly heated houses would hugely enjoy the irony of their having to freeze to save the planet. However, "dying for your planet" does not have quite the same ring about it as "dying for your country", although Dr Pachauri, ensconced in his multi-million dollar home in Delhi, would undoubtedly approve.