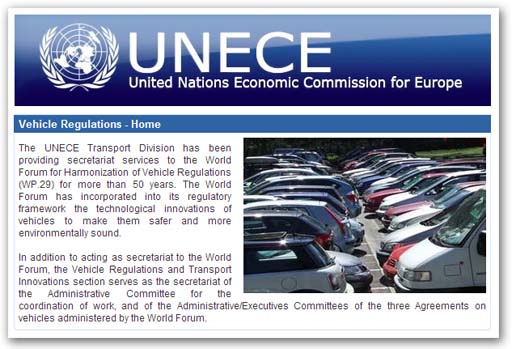 It is exactly twenty years since Booker and I started working together, and one of our earliest campaigns addressed the tidal wave of harmonising regulation hitting business as a result of the implementation of the Single European Act.

We were amongst the first to highlight the issue and had great fun pinning no end of "red tape follies" on the European Union, which has become a by-word for complex, detailed regulation. However, as always, nothing was quite what it seemed.

As we looked deeper at the problem of regulation - not least through serial government "deregulation" initiatives – we began to understand a great deal about this monster. And one of our discoveries was the famous diqule, about which we have written a considerable amount, and specifically in terms of fax machine law.

The essence of the "diqule", or "dual international quasi-legislation" is especially relevant to harmonisation legislation. It is from this mechanism that the bulk of the Single Market regulation originates, making the EU a intermediary, processing standards agreed elsewhere, over which it has no direct control.

One of the major users of this mechanism, already identified in some of my earlier pieces, is UNECE (United Nations Economic Commission Europe), the nature of which is hardly a great secret as it maintains a detailed website.

But UNECE is an especially interesting organisation because it hosts the World Forum for Harmonization of Vehicle Regulations. In existence for more than 50 years, and with participants coming from all over the world, especially the main motor vehicle producing countries, this group, we are told, "offers a unique framework for globally harmonised regulations on vehicles".

Codenamed WP.29, this is described as "a permanent working party in the institutional framework of the United Nations with a specific mandate and rules of procedure". And thus we are told:

It works as a global forum allowing open discussions on motor vehicle regulations. Any member country of the United Nations and any regional economic integration organisation, set up by country members of the United Nations, may participate fully in the activities of the World Forum and may become a contracting party to the Agreements on vehicles administered by the World Forum.

Governmental and non-governmental organisations (NGOs) may also participate in a consultative capacity in WP.29 or in its subsidiary working groups.

The World Forum convenes officially three times per year and entrusts informal groups with specific problems that need to be solved urgently or that require special expertise. More than 120 representatives participate at the sessions of the World Forum.

This illustrates with utmost clarity how regulation has become a global enterprise, well above the limited regional scope of the EU. But the truly dispiriting part of this is that, although the global dimension of law-making is a crucial part of our global trade system, it seems to be ignored by all and sundry.

Thus, not only do we have the Uncle Toms of Open Europe claiming that we would have no control over rule-making if we left the EU, we also have David Cameron asserting that membership of the EU is "helping is write the rules". Yet it is membership of organisations such as UNECE that give us the seat at the table, not the EU.

Sadly, even people who should know better seem to be completely unaware of the way the bulk of our regulation is made. Most recently, this includes Gerald Warner, who writes of our delegation "struggling to secure a grudging opt-out from oppressive paper-clip regulations", and argues for us to be able to develop our trade "unshackled by Brussels regulations".

The point here is that leaving the EU would make very little difference to the volume of "oppressive paper-clip regulations" which apply to the UK, and nor is that actually the issue. Mostly, big business likes regulation. It actively lobbies for it, and participates in its production.

What is important that we should have an honest and informed debate about the way we are governed. Specifically, we need to be far more aware of the role of multiple international agencies in the creation of regulation, much of it well beyond democratic control or accountability.

In this, the EU is only a part of the problem and, in some respects, not even the greater part of the problem. Unless commentators can get to grips with this, we are going nowhere. The debate simply does not progress and we remain in our tired, tedious little rut, fuelled only by ignorance.