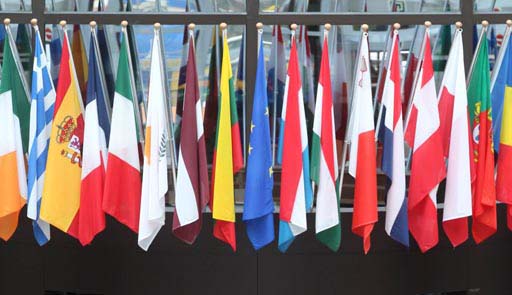 As the world heads for its next major crisis,Handelsblatt muses on whether " the stock market has lost all touch with reality". There are certainly good reasons to be sceptical, it opines.

Meanwhile, Germany's Wolfgang Schðuble has unveiled to Speigel "his master plan" (their word, not mine) in the run-up to this week's European Council in Brussels. The German finance minister wants the EU Monetary Affairs Commissioner to have more power, allowing him to vet and approve the budgets of eurozone members.

Interviewed by the magazine, economist Thomas Straubhaar reveals more of the underlying thinking, stating that, if a member state keeps its house in order, there needs to be no outside pressure. That is where Germany obviously feels it will remain for, in a "phased plan", only if problems arise is there a second step.

It is then, says Straubhaar, that a "procedure" should be initiated and only if the rules are not followed is there a third stage where a member state "gives up some of its autonomy". At that stage, their economy is "centrally managed by the Monetary Affairs Commissioner".

The situation, we are told, would be similar to a French department run from Paris, only in this particular case, everything would be decided in Brussels. On this, Die Welt has Schðuble "cracking the whip", declaring that: "If someone wants to achieve or prevent something, it requires negotiation and threats, above all at the European level".

This paper, however, does not see this wholly as a negotiating tactic, acknowledging that the EU commission currently lacks the means to enforce the deficit procedure under the stability pact.

Thus, if debt is to be communitarised then individual countries need to submit not only to greater scrutiny, but also be prepared to cede sovereignty over their own budgets to other euro partners. Then, the EU parliament must be more closely involved, but only MEPs from countries affected by decisions should vote on them.

As a sign of the times, however, kiddy-fiddler Daniel Cohn-Bendit believes the eurozone should go further.

There needs to be a federation, he says, acting together and jointly responsible for common policies, complete with a euro-army. We need a common foreign policy and a European currency for our shield, he adds. We cannot all be in the same boat and then each row in a different direction. Either we row together or go under.

Schðuble is going far enough though. "We must make greater strides towards fiscal union", he says, adding that the EU must have a Monetary Affairs Commissioner, "who is respected and feared".And there comes the rub. He is talking of a "well-prepared convention", with steps made in December to start the ball rolling, the convention working to "a tight schedule".

That much is flying a kite, as it contravenes the line taken by Merkel, who is often having to rein in her finance minister.

Nevertheless, we are seeing the battle lines beginning to emerge, whence on Thursday and Friday, the Council will discuss the quartet's interim report. What they have produced is, according to Schðuble, too vague. It does not go far enough and sets the wrong priorities.

What is clear enough though, is that the "colleagues" are applying the proposals exclusively to the eurozone. Mr Cameron is going to find it harder and harder to exert any leverage. His opportunities for renegotiation are looking ever more distant as he is edged further and further into the cold.