EU Referendum: another day, another poll 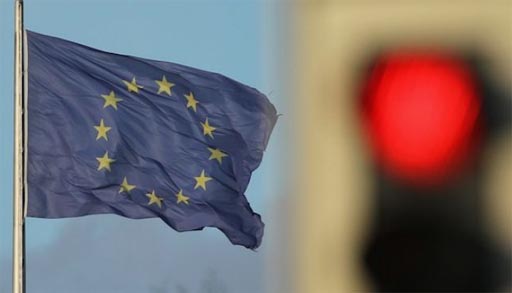 Nearly half of Britons would vote to leave the European Union if there was a referendum, says a YouGov poll, while less than a third would vote to stay in.

The actual figures are 49 percent for "out" and 28 percent "in", with 17 percent undecided. That gives an unadjusted majority of 21 percent who want to leave the EU. Of the "decided" vote, we're looking at a 63-37 percent split, giving an overall majority of 26 percent, a considerable improvement on the 48-31 split from the last poll, which gave us that famous 17 percent lead.

This latest figure is getting to a level where it just starts to get interesting, not only because it represents a clear shift in sentiment towards leaving, but is almost enough to suggest that we could overcome a status quo effect.
However, this only tells us how the voters might respond to a straight in-out poll, but not how they would react to a rigged poll, where a renegotiation option was offered. On current form, it might be a close-run thing.

Returning to the YouGov poll, this was also carried out in Germany, where the polling went 57 percent in favour of staying in, with only 25 percent saying opting to leave, and nine percent unsure of how they would vote. That is unsurprising, and in the context of Merkel saying she wants "more Europe", gives her something of a boost.

Sadly, when it comes to UK polls though, the polsters haven't yet caught up with the reality, seeking to ascertain sentiment should the eurozone go for full political union, leaving the UK in the outer zone.

Given a choice between this, and a negotiated exit which kept us in the Single Market, pro temp, I suspect there would be a runaway majority for the negotiated exit. And that is possibly why the pollsters are not asking the question.

Instead, YouGov is trying to link the current poll results with the EU budget spat, which is hardly relevant and confuses the issue. But then, that it often the game played, not least because an overwhelming poll in favour of leaving would create its own dynamic.

For the time being, though, the poll levels are not enough to get excited about, although, just for once, time is on our side. Mrs Merkel seems to be making sure of that.