Norway: outside and inside 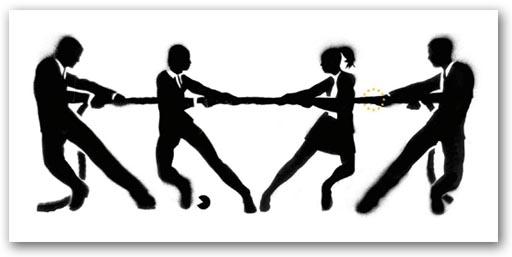 It is only when you start doing your own work that you really understand the total superficiality of the debate on the European Union – a point readily demonstrated by Witterings from Witney on the vexed issue of Norwegian "fax democracy".

The actual situation is complex, nuanced and so far from the pastiche painted in popular europhile mythology that one sometimes wonders which planet they actually live on.

In fact, the tired old canard stems from February 2001, when the then Norwegian Prime Minister, Jens Stoltenberg – still trying to get his fellow countrymen into the EU - coined the phrase "fax democracy", suggesting that Norwegian officials sit by the fax machine waiting for the latest rules and regulations to arrive from Brussels.
The bizarre thing about this is that this report is written by Norwegian officials for their parliament, which indicates that the Norwegians take a considerable and active role in shaping EU legislation. And, as WfW points out, they have the ultimate longstop of a veto under Article 103 of the EEA agreement, if any law conflicts with constitutional requirements.

As relevant, the agreement is in a constant state of flux, as this report indicates (from which the illustration above is drawn).

All of this suggests that the EEA (via EFTA) would be a useful home for the UK on its way out of the EU, and could perform as an interim stage (as it was for the Swiss), or it could be a vehicle for developing a more permanent relationship with the EU. The model is not without its flaws but, as the Norwegians themselves say, it is capable of evolution.

Either way, nothing in the way of the public debate does justice to the role of the EEA. The idea of us joining clearly merits informed discussion and consideration. It even provides a way out for the europhiles, with the agreement permitting "ever closer and more extensive cooperation with the EU", in what is defined as an "association without membership".

We cannot, therefore, rely on the media, especially when we see the likes of the Economist distorting the argument (as it usually does) by talking of British membership of the EEA being "as though Britain maintained a golden fax machine linked to Brussels, which cost billions of pounds a year to run and from which regulations issued ceaselessly".

In many respects, the entire EU debate could stand or fall on this issue, and we need to deal with it robustly, giving the true picture instead of allowing facile misrepresentations to make the running.