EU politics: the trouble with "Europe" 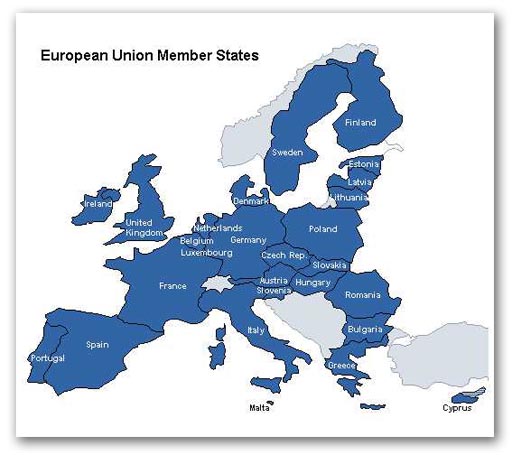 Mr Cameron tells us on the Today programme that next week's speech is all but written and there is little more to do. What he was telling John Humphrys, therefore, is probably close to the final text and reveals much of what is to be said.

What it also reveals, though, is that Cameron, in common with many senior politicians and political journalists, is massively ill-informed about the nature of the European Union. He is thus hopelessly ill-informed on what is and is not possible to achieve in terms of negotiations. It is, therefore, useful to analyse some what we have been told, to see where exactly he has gone wrong. I will concentrate on three points:

1. Mr Cameron is "in favour of Britain's membership of the European Union" [because] "we're a trading nation" [and] " we need access to the Single Market".

2. "More than that", Mr Cameron believes that "we need a say in the rules of that market", and that also requires membership of the European Union. He goes on to say that it is [not] in our national interests to be in the Single Market like Norway: "just accept all the rules of the Single Market, pay for the privilege of being part of it and, as it were, be governed by fax rule".

Norway is not governed by fax rule  to thus assert is fundamentally to misunderstand the way the rules of the single market are formulated. Here are a few guidelines:

a. Much of the technical legislation comprising the Single Market is not formulated by the EU in the first place. In a global trading environment, increasingly it is agreed at a global level, either through trade bodies, standards organisations, or international bodies, many of them acting under the aegis of the United Nations. There are also the G-8 and the G-20 "summits" which can act as initiating bodies.

b. Negotiations on rules invariably take many years. They are largely complete, and the rules formalised by the time they reach the EU institutions. By the time they are published as formal proposals, it is usually the case that it is too late to make any changes. Most of such rules are passed by the Council of Ministers without a debate and without a formal vote. In the rare instances where there is a vote, it is by QMV, where the UK is not able  on its own  to block a measure.

c. Rules agreed at a higher international level are negotiated by individual countries, on an intergovernmental basis, many of which can be vetoed at that level. Thus, it is important to be involved at this stage, to shape the rules before they become formalised, at a stage when they can be blocked.

d. The UK is a full member of most of the international bodies, in its own right. However, as a member of the EU, it often waives its right to be represented and to vote on measures. Instead, it accepts the "common position" agreed by EU members, and allows itself to be represented by the EU at international level. That is especially the case with the WTO, where the EU conducts negotiations on behalf of the UK.

e. For Britain thus to step outside the "little Europe" framework of the EU is actually to restore its voice on the international stage, permitting it to express its own interests and take up its own negotiating positions. It can also initiate rules on its own account, without first having to seek EU approval, something which Norway is able to do and has done in recent times.

3. Mr Cameron believes that "powers should be able to flow backwards to nations as well as forwards to Brussels".

One of the most sacred principles of the European Union is the monopoly of the right of proposal afforded to the Commission. By this means, no law can be removed from the acquis communautaire without the agreement of the Commission, as law can only be repealed or amended by another law. Thus, lawmaking becomes a ratchet. Once power over an issue is assumed by the Commission, it is never returned.

The reason for this is simple. The EU is not primarily (or at all) a trading body. It is a supranational organisation devoted to securing political union, with the chosen modus of using economic integration as a means of achieving political integration. Thus, the one-way flow of power is neither accidental nor negotiable. It is the very essence of the European Union.

On this basis, the EU cannot and will not breach the principle of irreversibility. To do so would prejudice the very nature of the European Union, and comprise an existential threat. Negotiations aimed at achieving this end cannot possibly succeed.

To achieve his aims, therefore, Mr Cameron must decouple trade from political union. This cannot be done from inside the European Union. He must invoke Article 50 in order to secure a new relationship whereby Britain is only involved in trade and allied issues, rejecting altogether political integration. To remain in the European Union is to remain committed to political union, where trade is secondary to this objective and is simply seen as a means of achieving political union.

There are no half measures.