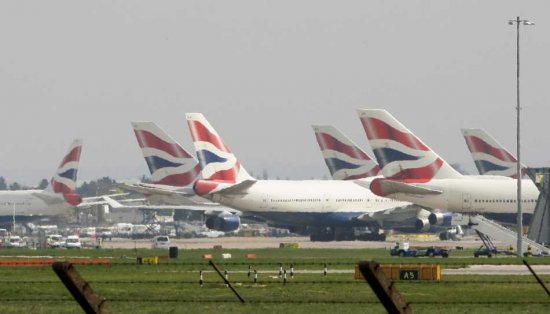 I sometimes wonder if there is a breed of eurosceptic which secretly wants the UK to remain in the European Union. One supposes that, if this type does exist, its rationale is that it needs the EU to define its own existence. After all, without our membership of the EU, there can be no British eurosceptics.

The most obvious badge of this type of eurosceptic is its absolute refusal to consider any means of exit from the EU, other than the "magic wand" option of repealing the ECA, thereby precipitating an abrogation of the EU Treaties with no alternatives in place.

The effects of this have already been partly explored but what must be understood is that this could be a deciding factor in the coming referendum. Unless voters can be reassured that withdrawal from the EU will not cause economic harm, they could very well opt to remain in the European Union.

However, the few problems so far identified are only a fraction of those which could hit us when we come to consider leaving. And the way to deal with the problems is to confront them head-on, acknowledge them and then work out how to neutralise them. If we don't, the opposition will.

The trouble is that when problems come, the come not in single spies but in battalions, all in the form of the multiple treaties on trade and allied matters concluded by the European Union and its predecessor organisations.

Currently, the European Union lists 777 bilateral treaties and 243 multilateral agreements to which it is party, making over 1,000 treaties in all.

Many of those will have no implications for the UK, such as the "Agreement between the European Union and the Republic of Moldova on the protection of geographical indications of agricultural products and foodstuffs". Others, such as the "Agreement on fishing between the European Community and the kingdom of Norway", may have considerable significance. That one might affect our own fishing fleets.

Each of these treaties will have to be evaluated and assessed for possible impact if we leave, and some will either have to be amended or, at worst, renegotiated, to ensure that we do not lose out.

One such example is the Air Transport Agreement between the United States of America and the European Community and its Member States, signed on 25 and 30 April 2007, and amended in 2007, to which the UK is party, "as a Member State of the European Union".

It would probably take a team of lawyers to make a definitive pronouncement, but, according to the Vienna Convention on the Law of Treaties, if there is a material change in the circumstances in one of the contracting parties, that could cause us to drop out of the treaty – with devastating effect.

Significantly, one of the provisions is mutual recognition of airline standards, so that any airline authorised to operate within the EU is deemed to be suitable to operate in the United States. On the face of it, without an amendment, or a replacement treaty, the day after we leave the European Union, British registered airlines would no longer be able to fly to the United States. Our transatlantic air fleet would be grounded and US aircraft, presumably, would have to land elsewhere in Europe.

But this is not by any means the full extent of the problem. For instance, to facilitate trade, there is the Agreement on mutual recognition between the European Community and the United States of America, whereby each Party recognises each others' assessment procedures, in six product sectors, ranging from telecommunications medical devices and pharmaceuticals. Transatlantic trade in these sectors would cease.

With 126 Agreements between the United States and the European Union, many of which apply directly or indirectly to the UK, to walk away from the EU would cause massive disruption in trade and communications with the US. And since, in aviation terms, that would include overflying rights, access to other countries would also be affected.

Nor, of course, would just the United States be affected. Similar agreements have been made with China, Souht Korea, African states, Canada, Israel, South American states, and many others. Looking at this in the round, because of the interwoven nature of trading agreements, and the fact that the EU and the EC before it has made so many agreements on behalf of Member States, it is simply not possible just to drop out of the EU treaties without first dealing with the consequential trade issues, negotiating new treaties with third countries as necessary.

To give an indication of the scale of that latter problem, last Saturday we got news of another treaty agreed, about which we will be writing in due course.

But the relevant point here is that this relatively simple treaty took four years to negotiate and cannot come into force for another five years. That is not untypical of the timescale for international agreements, and we could expect no less when we come to extract ourselves from the EU.

These are the realities of our withdrawal, and we ignore them at our peril. We will be finding ourselves having not just to deal with the EU treaties, but potentially many hundreds of others, each of which will be important to our continued trade.
Everyone who thus says so glibly that we should simply repeal the ECA is a person intent on making it harder to win any referendum, and the result more uncertain.
If you wanted to maximise the damage and disruption arising from our withdrawal, that would be the way to do it. And the prospect of that would make sure we would never be able to leave, because the public would never vote for it.