Energy: "Only the Tories have a grip on energy" 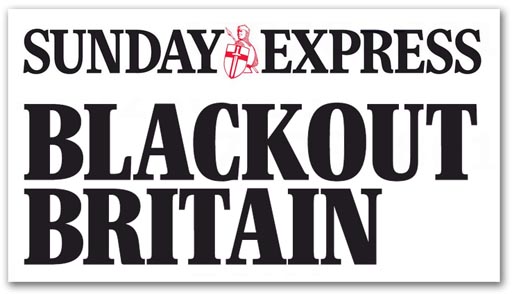 In September 2008, we were arguing - with more than a hint of desperation  that the Conservatives needed to address energy policy. And we were not only concerned with the politicians but with the failure of the party generally to take an interest in this vital issue.

An aspect of that failure, we wrote, is the apparent willingness of the party to leave the debate on "fuel poverty" arising from high energy prices to the dysfunctional and increasingly aggressive gaggle of Labour back-benchers and the economically illiterate delegates at the TUC conference, now in full flow  all variously demanding a windfall tax on the energy companies.
Now, on top of comments from Booker, we have the hypocritical Independent on Sunday whingeing about "successive governments playing politics over energy".

It complains that, over the past decade there have been seven energy secretaries  and at least five white papers  all playing different cards with energy strategy. Thus does it declare: "It's a shameful way to behave and the politicians deserve being trumped for their myopic populism", then arguing:

Its time to take the politics  if not religion  out of energy policy; whether you prefer wind over coal over nuclear has nothing to do with ideology but everything to do with safety, efficiency, cost, as well as sustainability. What we need is an independent commission  headed by someone like Buchanan and experts from industry  to stake out a thoughtful and long-term strategy and stick to it so that businesses can plan for the future.

Meanwhile, the Sunday Express, with its front page lead, finally wakes up to the EU's Large Combustion Plants (LCP) Directive, telling us what we last reminded our readers in November last year, that: "By next March, five of our largest coal-fired plants, capable of supplying a fifth of our average power needs, are to be shut down".

In this blog, we've actually referred to the LCP Directive 31 times, starting in August 2005, strangely enough with a piece headed: "When the lights go out ". And then, we were writing in July 2008 about a "politically induced crisis", while in April 2009 we were warning that we were: "Six years away from an energy crisis". That was already after declaring in October 2008 that:

We are going to get power cuts, unless we do something soon. The problem is already on us with the quota limitations on the coal-fired stations imposed by the EU's Large Combustion Plants Directive. Now, we know this is that nasty European Union and we don't like talking about it. But hiding your head under the covers won't make it go away!

But then, after the egregious failure of the Conservatives to address the issues, which we quite deliberately set out for them in August 2008, the Sunday Telegraph is at last on the case.

And what does it tell us? Ah! "Only the Tories have a grip on energy", it proclaims, regaling us with the happy thought that, "The voters of Eastleigh have a splendid opportunity to send a message that green fundamentalism is unaffordable".

Sometimes I do have a little difficulty trying to work out which planet than paper is actually on.