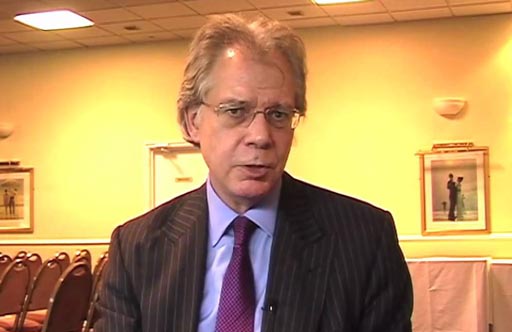 Prof. Tim Congdon, as we discovered earlier, believes the Article 50 debate to be unfortunate". Any idea that it is the only hope for our leaving the EU is "rubbish". He complains that he has had "numerous discussions with UKIP supporters about the irksome and irrelevant article 50", and that such discussions are "a waste of time".

Seeking confirmation from Congdon that these were truly his views, I wrote to him over the weekend, and yesterday got a response. He told me:

I must make clear to you, and others, that I regard the debate on article 50 as tiresome. We do not depend on it to leave the EU. (Indeed, it is important to make clear that we do not depend on it. The two-year period specified in the article would oblige us to pay our contributions in that two-year period, so that about Ł30 - Ł35 billion is at stake.)

This idea that we would save money by not invoking Article 50 is a new one, but rather superficial, so I wrote back in these terms:

The offer of a gradualist approach to leaving, with a structured exit settlement, probably gives a better chance of winning an in-out referendum, to the extent that we could manage to leave in two years instead of sometime never. In my scenario, we save many billions more than your somewhat overstated Ł30-35 billion, and actually get to leave.

This frames the Article 50 argument, but I then take on Congdon's view about the debate in general, telling him:

I am utterly appalled, therefore, that you should seek to close down the debate, when clearly there are options and eventualities, of which you have not taken account - and especially when you have a somewhat jaundiced view of the origins of Article 50, which does not seem to be supported by any facts whatsoever.

I also rehearse theme about "splits" …

From diverse sources, I am enjoined not to add to the splits within the eurosceptic movement, yet your intervention place me in an impossible position. I could not disagree with you more about your position on Article 50 and, if you seek actively to close down the debate, then you place me in a position of outright opposition, where I must defend my own position.

I would like to think that we can, from here, reach some sort of accommodation, but that is very much up to you. I will not accept my attempts to open a genuine debate on our exit from the EU being described as tiresome.

To this the response was quite swift, with the merit also of being short and to the point. Says Congdon:

I am not in the least bothered about disagreeing with you on this matter, and neither my view nor my behaviour has not been in the slightest "appalling". You have a position, which in my view is very mistaken and I have every right to oppose it. I am not going to seek an accommodation of any sort with you over this question.

Here, I think Prof. Congdon misses the point. Of course he has "every right" to oppose my position - that is the very essence of debate and is to be welcomed. But what he is actually doing is seeking to dismiss it – with the word "rubbish" used. Discussion, according to the professor, is a "waste of time". He wants to close down the debate. We should not even talk about Article 50.

This, incidentally, is the man who once aspired to the leadership of UKIP. Rather ironically, he is also honorary chairman of the Freedom Association, despite being less than an enthusiast for free debate.

And there we do have a problem. In my view, there is nothing more pressing an issue for the euosceptic community than to develop and agree a credible exit strategy. It is hard to understand why there should be such reluctance on this, from certain quarters, and one has to say that Prof. Congdon's additional input does not take us very much further forward.