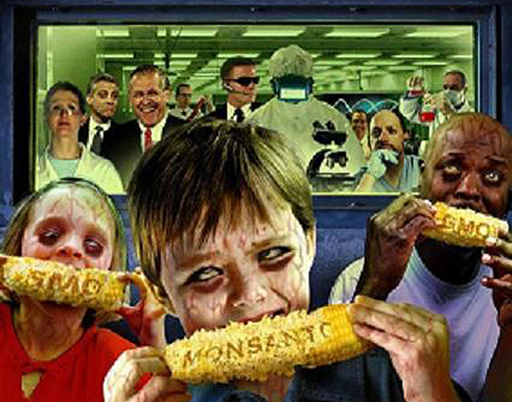 First it was BASF and now it is the demon itself, Monsanto, that has pulled out of working on GM crops in the EU.

So says the BBC, the biotechnology giant is scrapping plans to win approval to grow new types of genetically modified crops in the European Union. The move is due to the lack of prospects for cultivation in the EU.

The decision related to pending applications for marketing authorisation to grow GM maize, soybean and sugar beet. And this is just days after the EU began talks with the US on a wide-ranging trade deal, with  as the BBC admits - agriculture likely to be one of the toughest issues.

In what amounts to a complete regulatory failure, this was an area which our Environment Secretary, Owen Paterson was particularly keen to pursue. But for the EU  which holds the monopoly power over GM authorisations - Mr Paterson could have his way in UK territory, permitting the planting of GM crops over here.

Thus we have yet another example of the interference of the EU in domestic affairs, preventing one of our own ministers implementing a preferred policy, despite it not having approved a new GM crop for cultivation since 1998.

Under normal circumstances, we could cite such an example as providing still more evidence as to why we should leave the EU. Such is the unpopularity of GM in general, and Monsanto in particular, though, that the inability of the company to pursue its ambitions because of EU intransigence is more like to be regarded as a reason why we should stay in the EU.

Sadly, not everything about GM is bad, so the EU failure to get to grips with the issue does have some wider repercussions. But as long as emotion and prejudice drive the hostility to GM, I would be very reluctant to exploit the issue as a means of stoking up hostility to the EU.

GM, it seems, is more unpopular than EU. Perhaps, though, if we had genetically modified commissioners, we would be onto a winner.