Brexit: the road from Lisbon 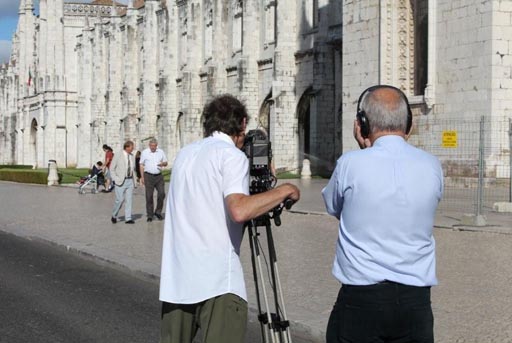 Now we are safely back, I can address once again the subject of our epic journey to Lisbon, the filiming at the historic Jeronimos Monastery, where the Lisbon Treaty was signed on 13 December 2007.

The filming actually went well and gave us precisely the visual "hook" we needed to explain the Lisbon Treaty and the significance of Article 50. Some of the fun was walking over a facsimile of Gordon Brown's signature (below), part of a commemorative plaque outside the monastery, celebrating the signing of the treaty.

All the signatories of the treaty were reproduced (Brown's is two in, at the bottom of the pic - see below), and I don't think it was our imagination that it looked more worn down than the rest, possibly from the hundreds of thousands of Brits who have ground their feet into the spot.
The way we worked our film piece was for Peter Troy and I to have a discussion to camera, recorded via radio mikes as we walked past the monastery, explaining how Article 50 fits in to the general scheme of things. We thus had to compress the narrative into a few tight minutes, aiming to get the essence of the issue. 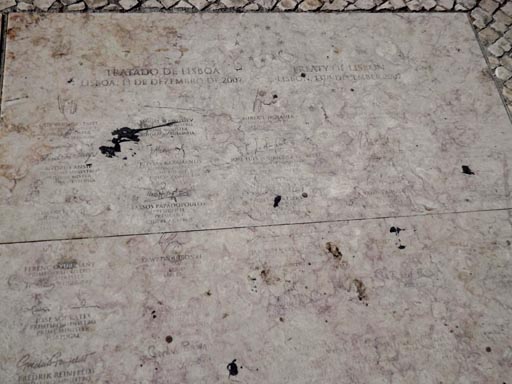 One point we sought to make was that, while Article 50 deals with withdrawal from the EU, did not create a right for a member state to leave the European Union. It simply recognised the right already extant in the Vienna Convention on the Law of Treaties. Crucially, it then added a specific procedure for leaving the union, making negotiations mandatory on the part of the Union and thus making provision for an orderly exit.

That is the crucial difference between the Article and the Vienna Convention and, should we ever come to leave, it will be the Article 50 procedure that we must follow. The doctrine of lex specialis will ensure that we do, and for want of an Article 50 notification, the colleagues would be quite within their rights under international law to refuse to negotiate with us.

Really, there should be no discussion on this – the issue is so cut and dried. But it is a reflection of the void left by the absence of a UKIP exit plan that ill-informed groups are able to make increasingly lurid claims as to the disutility of the Article.

For those souls who still regard the Article as a "trap", what we had to say would not please them. Given that the EU regards itself as a voluntary association of member states, far from being a trap, it is as much necessary for the self-image of the Union as it is a concession to those who want to leave.

When the Lisbon Treaty was being framed, I had europhiles express amazement that we should be contesting it. After all, they said, it gives you an ordered way out of the EU, so you should be supporting it.

In a way, they were right. Article 50, and therefore the Lisbon Treaty, was the game changer - unwittingly, Gordon Brown paved the way for our leaving. Rather than hope for comprehensive negotiations over an exit agreement, having first abrogated the treaties, here was a mechanism which required the "colleagues" to sit down and talk. 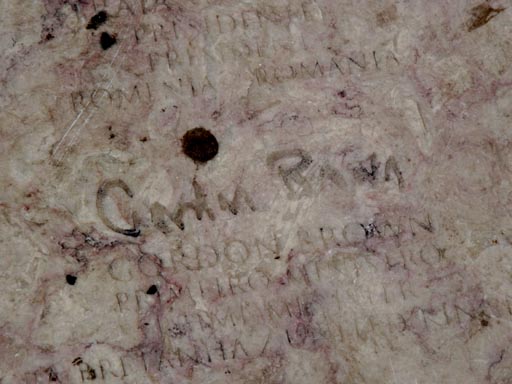 The road from Lisbon , therefore, takes us to Oslo and, while we were actually in Lisbon it was good to see Civitas pick up our work on EFTA-EEA membership. On the other hand, it was ironic that while we should be making a film on how to exit the EU - something that UKIP had not even crafted its policy on – Godfrey Bloom was grabbing the headlines on an issue not directly related to the EU.

Dwelling (briefly) on that, I think we were entitled to wonder why Bloom, in the name of UKIP – was addressing the matter he did, when the party has not yet dealt with the core issue of how to leave the EU. And we are by no means the only ones to remark on the policy void, with the Progressive Contrarian noting that the party needs to appeal to those who look for signs of intelligent policy.

But that intelligent policy shows no sign of coming from UKIP, not unless there are fundamental changes, and they don't seem forthcoming. The road from Lisbon is one that we may have to take without the Farage party.