Brexit: the march of the "Northists" 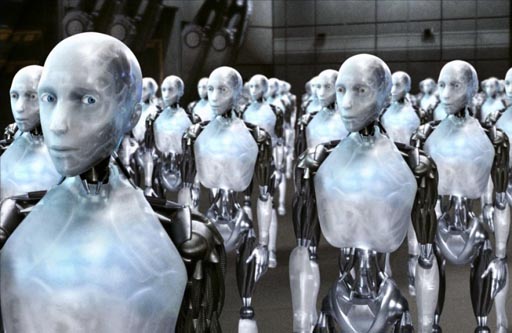 After the shock announcement from Autonomous Mind, and a rush of comments there, some of the action moves to The Boiling Frog (TBF), where naysayers are also practising their dark arts on the comment thread.

This brings to mind how, for the very start of the Article 50 debate, those most strongly opposed to the idea of invoking the Article have refused to debate in the open – and continue to do so.

These people then operate on the margins, in closed e-mail discussion groups, in the comments threads of smaller blogs or anywhere where they don't meet a serious challenge. These are the actions of playground bullies and cowards. They dare not come to the EU Referendum forum or anywhere where they have to debate on equal terms.

Thus, we have the inoffensive Boiling Frog condemned as a "Northist", for merely venturing the point that UKIP has failed in the 20 years of its existence to offer a coherent exit plan. There are insults, and insults, but – it seems – to be a "Northist” is the lowest of the low.

But what TBF is telling us suggests that UKIP might be bending on the issue of Article 50, a difficult enough task as the Praetorian Guard will immediately pounce and demand a return to the orthodoxy of unilateral abrogation of the treaties, with the repeal of the ECA.

The interesting thing is that, while the battle for the minds, if not the hearts of UKIP rages, the legacy media is entirely oblivious to ill, still reporting on superficial side issues or, more commonly, nothing at all.

But also in the shade is the continuing development of The Harrogate Agenda (THA). Preparations for the 19 October workshop are well in hand, and there are still a couple places left, for anyone who wishes to contact Niall Warry via this link.

Amongst the naysayers, though, there is building what is probably deliberate misrepresentation, to the effect that THA is an "intellectual construct", as opposed to the very "practical" UKIP, which aims to get things done.

The first myth to dispel is that THA is in any way in competition with UKIP. The Agenda is a movement, not a political party, and we have no intentions whatsoever of putting up candidates for election for any public office. Rather, we will support any politicians – regardless of party – who subscribe to our aims.

Secondly, THA is not an intellectual construct, although it does have a firm intellectual base – a absolute necessity for a successful movement. But, as we will be explaining at our first workshop, we are planning some very practical activities which will, like the Chartists before us, involve direct action and hard core political activity.

In this, I am particularly taken by an extract from the original Chartist petition of 1836, which stated:

When the State calls for defenders, when it calls for money, no consideration of poverty or ignorance can be pleaded, in refusal or delay of the call. Required, as we are universally, to support and obey the laws, nature and reason entitle us to demand that in the making of the laws, the universal voice shall be implicitly listened to. We perform the duties of freemen; we must have the privileges of freemen ...

This was relevant in 1836 but it is doubly relevant now and calls for a new contract between our governments and their peoples. As TBF points out in another piece, even if UKIP was to succeed in getting us out of the EU (as part of a broader anti-EU movement), it would not be enough. We need the Harrogate six demands to prevent us from ever re-entering such a project again.

Given that we are unlikely to see any "in-out" referendum before 2022, or thereabouts, we have enough time to develop THA as the "vision" for a post-EU Britain, especially in the context of direct democracy being incompatible with membership of the EU.

Thus, "Brexit" and THA go hand in hand. It is not a question of one or the other, but both. I am not particularly bothered about the order, but simultaneous would be nice. Better that than a take-over by the Northists (pictured). You have been warned.