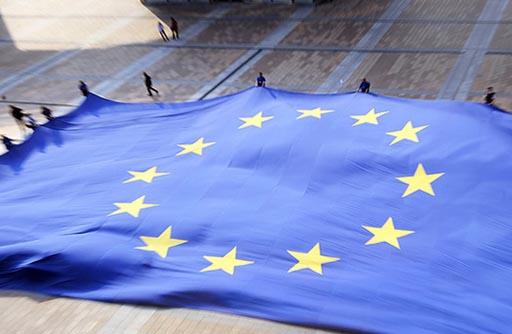 I continue to warm to Douglas Carswell's theme that political pundits are usually about six months behind the curve, even if he neglects to say that politicians such as him are decades behind. However, six months behind as a working hypothesis will suffice for Nile Gardiner jumping on the Farage bandwagon, attacking the "renegotiation" ambitions of Mr Cameron.

Gardiner agrees with Farage that David Cameron's EU strategy is "doomed to fail", using the phrasing offered by Bruno Waterfield to describe the prime minister's prospects of success in securing the repatriation of "competences".

The problem with making such an assertion, though, is that it relies on the assumption that Mr Cameron's strategy is a known quantity – even that he himself knows what it is, or is in a position to dictate the moves. But, as the overnight piece confirms, even if he is elected, Mr Cameron will not be calling the shots. Any strategy he might have will be reactive, responding to the moves made by our federalist neighbours.

Kicking off the game will be the Article 48 convention, provisionally set for the spring of 2015 just in time to wreck Mr Cameron's electoral plans and smash the "Europe" question wide open.

From there, it's anybody's guess as to who gets elected, but if we assume that Team Cameron side-steps the wreckage and grabs the keys to No 10, they will have an interesting situation to deal with. Some time around 2017, the Great Leader will be heading up the UK's negotiations on a new treaty, the extent of which seems set to turn EU into the USE, the end game for the federalistas.

Confronted with this, Mr Cameron has two options, to run screaming for cover, then to emerge from his bunker a year or two later to front a referendum campaign tell us all to give the new treaty a wide berth.

Somehow, though, I suspect that this will not be the line taken. And, if the new production is anything like the "Bozar Treaty" that Mr Duff and his compatriots have in mind., this may give Mr Cameron his opening.

A case could be made, specifically with the conversion of the Council into an "upper house" of the parliament, and the limited rights of initiative, that Member States were being given additional powers. Throw in "subsidiarity" that so beguiled John Major, and a born-again europhile Mr Cameron could be in the front line again. Preaching the merits of being "at the heart of Europe", he could be leading the "yes" campaign in a treaty referendum held in 2018 or even a year later.

To this scenario, there are several possible alternatives. One of the most likely is posited most recently by Maastricht veteran Bill Cash, bruised after his encounter with Nigel Farage at the Bruges Group fringe. Writing in Conservative Home, he complains that UKIP will not win a single seat in the House of Commons but damage Conservative-held marginal seats to such a extent that Labour manages to overcome the handicap of Ed Milband and gains office.

Now imagine the thoroughly europhile Mr Miliband negotiating the "Bozar Treaty", or something very much like it. Then, the very worst that Mr Cameron might have allowed might, by comparison, be relatively modest.

That possibility, however, could well to be our advantage. The worse it gets, the better. Here, the Kellner scenario comes to life. It is very easy to imagine that the Conservatives in opposition fighting the new treaty, perforce alongside UKIP – their former nemesis.

Defeat of the new treaty, though, leaves us in an awkward position. The "colleagues" cannot possibly allow such and affront and, as we know from previous events, they will seek to circumvent a British "no".

Between these two scenarios, however, there is room for another. The euro-federalists are going for broke. This is perhaps their last, best chance of a United States of Europe, and they are not concerned if a few fall by the wayside. Imagine then that the Conservatives gain office in 2015 but, confronted with a Bozar-like treaties, the meat turns out to be too rich even for their blood.

Instead of supporting the treaty, could we then end up with the Conservative government offering two simultaneous referendums? Could there be a "yes-no" and and an "in-out"? Under huge pressure from the "colleagues", we are asked to allow ratification of the treaty, but are also allowed to decide on an exit from the European Union altogether.

These really are the issues we need to be confronting. All too often, political pundits and our politicians are far too narrowly focused. Waking up to smell the coffee – to use that awful cliché – we hear Mr Barroso tell us that there are 28 countries in "Europe". Yet, from our media, from our pundits, from our politicians, we get only the British perspective.

While we concern ourselves with that narrowly-cast perspective, greater forces are at play. Without the anti-EU movement having marshalled its resources or even thought of a credible alternative, the federalists have organised themselves and are outflanking us with their own ideas. Our pundits, such as they are, are left stranded, fighting yesterday's battles with stale ideas, tired arguments and a weary lack of vision.

Nevertheless, at this point, it is scarce possible for us, the mere, humble voters to devise our response. Yet time flees so quickly and the general election will be upon us before we know it. The electorate needs guidance and even leadership, in good time. They are getting neither, and nor can they if there is no adequate analysis or understanding.