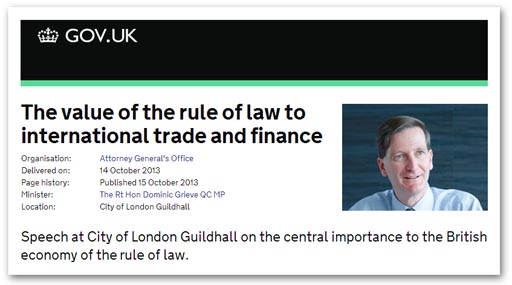 With over ten thousand words written for the IEA "Brexit" competition, the very last thing I needed was some "advice" from the judging panel which effectively change the rules of the competition, and makes it virtually impossible for me to meet the demands of the judges.

Effectively, I am now torn between writing what I believe to be an honest, well-founded appraisal and giving them the chance to blow me out of the water, or to give judges what they want to see, thereby maximising the chances of winning the prize.

Advice so far is to stick to a credible scenario, but build into the narrative an explanation of why the judge's "advice" cannot be met. But doing that and, effectively rewriting several thousand words (yet again) has taken me out of the game for the last two days, and especially yesterday.

I had nevertheless noted several pieces on the general theme of the moment, covering various aspects of the immigration debate, not least from Autonomous Mind who is very critical of UKIP's misplaced emphasis on the EU as the cause of our problems.

Backing up my piece, AM observes – both in his piece and in a comment – that leaving the EU will not resolve our problems, not least because there are overlapping provisions from the Council of Europe and the ILO, which would take effect if we were not bound by EU law.

The other problem is that, should we elect to continue within the EEA as a way of securing an interim "Brexit" solution, then we would still be bound by the "four freedoms", including freedom of movement and freedom of establishment, and would be required to permit Bulgarian and Romanian workers to take up residence here.

In any event, says Benedict Brogan we could hardly stop them, as the restrictions in place have never actually worked – hence there are more than 225,000 Roma already in the UK.

This actually hides a greater truth, that the flow of migrants depends intrinsically on what are known as "push" and "pull" factors, which have far greater impact than mere border controls. Fail to address these and seek to prohibit immigration and you simply turn the problem into one of illegal immigration, which presents its own difficulties.

But, as Brogan points out this doesn't really arise. As Dominic Grieve told him last Saturday , the EU is above all a legal construct, and like it or not we are party to the rules. The rule of law is what defines us as a nation, he says.

This refers back to a speech Grieve delivered on 14 October at the City of London Guildhall, entitled: "The value of the rule of law to international trade and finance".

Stressing the importance of abiding by the rules, Grieve then tells is that "this Government is not about negotiation or international discussions for their own sake". He thus adds, "When we see institutions that are ineffective, obsolete or wasteful, we are willing to withdraw – as we did in 2011 in pulling out of the International Labour Organisation and the UN Industrial Development Organisation". He continues:

So, it is therefore entirely right that, when we have tried reform and it does not work, or it does not go far enough, we consider whether the UK should remain part of a particular organisation – and, as the Prime Minister has said, this is the case even for hugely significant institutions like the European Union or for that matter Council of Minister or the European Convention on Human Rights. As a matter of law and of Parliamentary sovereignty, it is perfectly possible for the UK as a sovereign state to remove itself from treaty-based international obligations, regardless of how important some may think they may be.

This gave me something of a jolt as I had in my earlier piece referred to Britain's ratification of an ILO Convention and here, apparently, Grieve is telling us that we've pulled out. But, in fact, as the ILO confirms, we are still very much a member. All that has happened is, as this report and this affirm, we have withdrawn funding for ILO projects in the developing world.

Whether Grieve knew he was wrong, and thus misleading his audience, is not known. But the facts mock him. "When we see institutions that are ineffective, obsolete or wasteful, we are willing to withdraw", and it is "perfectly possible for the UK as a sovereign state to remove itself from treaty-based international obligations", he says – only for the UK to remain embedded in the ILO, despite it being "ineffective, obsolete and wasteful".

One has to wonder what chance we have of coming to grips with the complexities of our international obligations, when even the "punctilious" Attorney General gets it wrong, so perhaps it is not surprising that the self-anointed "amateurs" of UKIP really don't have a clue.

For me personally, though, the IEA Brexit judges are asking for details of the impact of EU withdrawal on our immigration problem and here as well, I'm probably going to disappoint. In truth, leaving will have relatively little impact.

And that possibly is going to be the greatest impact of all. To a very great extent, Ministers and policy-makers have been able to hide behind the EU and its compulsions, using membership as an excuse for failure to act, or to conceal other areas of policy failure.

So it looks to be the case with immigration. We are thus going to have to leave the EU, not so that this solves the problem, but so that we will at least realise that much of the solution lies in the hands of our own politicians, as it has all this time.