Brexit: Foxtrot Oscar from the IEA 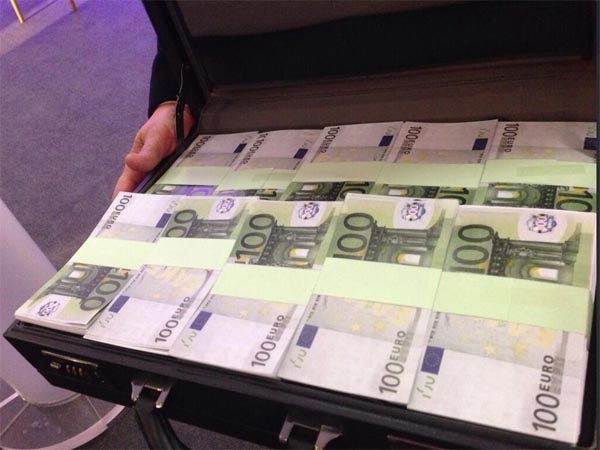 There was never going to be any possibility, this side of a million years, that the human flotsam inhabiting the IEA was ever going to respond to our challenge to publish online the remainder of the Brexit prize winner submissions.

These are the likes of ex-European Movement youth officer Mark Littlewood, with his faux but ever-so fashionable working class accent. Back them into a corner and they show their true colours. Gone is the cheerful bonhomie. The real Mr Littlewood bares his teeth; the mild-mannered Prof Myddelton spits out his venom.
Such are these men who, in their own estimation, are our leaders, captains of industry and shapers of opinion. They and their masters, and their masters, don't take orders from ghastly oiks like us. They can't even hear what we are saying because they are on permanent "transmit". They give the orders - we obey. That's the natural order of things.

In their IEA, there's no such thing as a free market in ideas, not when the ideas are different from their own. The establishment has to "stand firm" against the uppity oiks, and this nasty, horrid Richard North (never, ever Dr North). He's the one who has a "professional reputation" in inverted commas because he is not like the above-the-liners. They went to proper schools and then got their PPEs at Oxford or had daddy send them to Harvard.

Dear me, how predictable they are. The former youth leader gravely informs me that, "I'm afraid we don't operate our online publications strategy or timetables according to externally requested deadlines", as he desperately tries to salvage what little pride he can from the shambles of his own operation. This is the one which compares its invited competitor with the rather thick, ten-year-old granddaughter of its chairman. And they actually have a strategy?

But you have to love the pomposity of this our revered leader. He is so thrilled to tell you that you have "inaccurately stated that only the winning entry had been published", adding for further emphasis, as if he could hardly believe his luck that he has a get out: "This is false".

"All six final entries were published and circulated at the event yesterday", he had declared triumphantly, adding with all the disdain and lofty sneer that he could muster: "They are likely to appear on line, on the IEA's website, in due course".

How he must then have loved the flourish: "I now consider this correspondence closed". Only reely important leaders of men like Mr Mark Littlewood are allowed to say such reely important things like that. How gwand he must have felt.

Little did he know that he was just betraying the small-minded groupthink of his ilk. They may present themselves as libertarians, but that is only to those whom they believe to be their equals. To us oiks, authoritarians they are, one and all. These are the people who think that handing out printed brochures to invited guests at a closed meeting actually constitutes "publication" in any real-world sense.
These are the people who have heard of this interweb thingy, and use it in a small way, although they occasionally press the wrong buttons. But they don't really understand it. More to the point, they have no feel for it, no empathy. They regard it as just another megaphone to blare out the messages they choose to give.
Such people waft though life, convinced they don't need properly to understand anything as vulgar as the internet. Their ilk already believes it knows everything that's worth knowing, so they cannot learn and are impossible to teach. In any case, they believe they speak directly to power. In fact, all they get is the tired vestiges, after Brussels has finished with it.
By way of compensation, they comfort themselves with the fiction that anything they don't directly control can't be all that important - can it? And that's why they never thought to publish their tawdry little documents on the web.

But even as the revolutionaries were storming the Petrograd palaces, wasn't it once the case that the toffs in their smart carriages and fine clothes were tripping out to their theatres, with their lovely, ever-so refined wives, completely oblivious to what was going on? Few of them lasted.

As for the other clowns: Rory Broomfield desperately trying to borrow gravitas from Iain Murray; Prof Stephen Bush; Ben Clements; Tim Hewish; and Daniel Pycock ñ do they really think they have anything to say that is worth hearing? All we actually wanted to see was whether their work was as bad as Mansfield's or worse. I suspect the latter, which is why they were probably so reluctant to publish online.

Either way, these are people without courage and without honour, not a single one of them with the guts to speak out publicly against what has been so obviously a rigged competition - so obvious that it is an insult to all of us and the very name of scholarship.
These are the ones who would lead us from the bondage of the European Union and into the sunlit uplands of economic freedom yet, between them, they don't have a single moral fibre. They huddle together like the sheep they are, pathetically grateful for the plaudits of what is now a joke institute. Once it was great - like last century. But it has been going downhill ever since, living off sad relics and memories of Thatcher.
Nevertheless, I'm not sorry we took part in the competition, even though it was bent. We've produced a solid piece of work that otherwise would not have been done. Thus from the putrefying institute came the nutrient that fed the crop that is now ready to harvest.
The only sadness is that we didn't realise quick enough how much the IEA had become debased, and then distance ourselves from its shambles. But we all have to learn from our mistakes ñ and pay the price. It's a pity ours was so steep.