Global governance: fighting off the NGOs 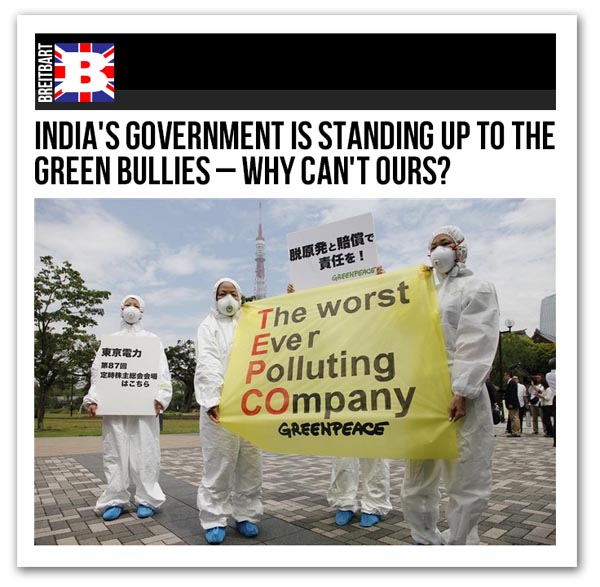 Greenpeace has very much been in the news of late, but in the unaccustomed role of being the target of adverse publicity. The first hit came when the German magazine Spiegel reported that an employee in the Greenpeace headquarters in Amsterdam had lost a total of €3.8 million in currency transactions, moving money from financially strong countries such as Germany to its headquarters in Holland.

This was quickly picked up by the international media, with the Guardian expanding on the story a few days later, for its British audience.

An employee at the environmental campaign group's Amsterdam headquarters had taken out currency exchange contracts that speculated on a weak euro in the second half of 2013. As a result of the euro strengthening later in the year, Greenpeace had to file record losses when closing accounts at the end of the year. Its 2013 annual report will show a budget deficit of €6.8m.

Greenpeace said the staff member, who worked in its international finance unit, was not acting for personal gain, but had failed to obtain authorisation from senior management. He has since been released from his contract.

This was quickly followed by another piece in the Guardian, telling us that the handling of Greenpeace International’s Ł58m budget had been in disarray for years, with its financial team beset by personnel problems and a lack of rigorous processes, leading to errors, substandard work and a souring of relationships between its Amsterdam headquarters and offices around the world.

The newspaper also revealed that the group's most senior executives, Pascal Husting, Greenpeace International’s international programme director, worked in Amsterdam but flew between the city's offices and his home in Luxembourg several times a month.

This was retailed by the Telegraph, which highlighted the irony of campaigning to curb growth in air travel while paying a senior executive to commute 250 miles to work by air, the organisation charting that "the growth in aviation" was "ruining our chances of stopping dangerous climate change".

Before that news had broken, though, the Times of India was retailing perhaps more serious criticism of the organisation via the country's Intelligence Bureau.

It had produced a report entitled "Impact of NGOs on development" which claimed that the opposition to several development projects in the country by a significant number of NGOs, including Greenpeace, would have "a negative impact on economic growth by two to three per cent", making them a "threat the national economic security".

Predictably, Greenpeace India dismissed the accusations that it was receiving foreign funds. "As far as the source of funding is concerned, Greenpeace India is funded by individual supporters in India. Greenpeace does not accept any donation from corporate or government entities", a spokesman said.

The appearance of robust independence is a core part of Greenpeace's image, but the Indian Intelligence Bureau hints at the real power of the NGO, in lumping it together with other NGOs. While each of them have their own identity, they gain their power by working together as a network and then by working in partnership with governments, corporations, and a wide range of international organisations, infiltrating themselves into the fabric of government.

Thus, while Greenpeace itself does not deign to take government or corporate money, it is quite happy to work with those which do. And while the focus is on where Greenpeace obtains its funds, and its own public activities, what receives less scrutiny are the organisations to which Greenpeace itself contributes.

One of those is the European Environmental Bureau (EEB) – which we have met before. But so close is the relationship that Greenpeace, together with the EEB, form two partners of what is known as the Green 10 - which we have also met before.

What has changed since we first wrote about this, though, is that the political agenda of the Green 10 is much more openly stated.

Including BirdLife International – the international arm of the RSPB which has had €14 million of EU funds - Climate Action Network Europe, European Federation for Transport and Environment (T&E), our old friend Friends of the Earth Europe, Friends of Nature International, WWF, the Health and Environment Alliance and CCE Bankwatch Network, as a political network, it should be regarded as a single group.

On its own website, it tells us that it works with the EU law-making institutions - the European Commission, the European Parliament and the Council of Ministers - to ensure that the environment is placed at the heart of policymaking. This includes working with member organisations around Europe "to facilitate their input into the EU decision-making process".

While campaigning at this level, the Green 10 also encourages the full implementation of EU environmental laws and policies in the Member States. It lobbies for new environmental proposals, and works with the EU institutions to ensure that policies under consideration are as environmentally effective as possible.

There is, however, an even more sinister element. As we see the march of globalisation progress, the Green 10 (all of them funded by the EU, except Greenpeace - the WWF between 2007-2012 having grabbed a massive €53,813,343 for its services to itself and the EU empire), are supporting their paymaster, "promoting EU environmental leadership in the global political arena", helping it act at a global level. 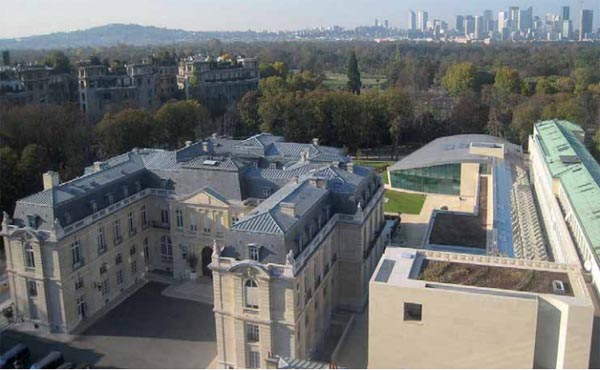 But, while the Green 10 are cosying up to the EU, there is another transnational organisation which is rarely associated with environmental issues, but is in fact a major player. This is the OECD. Working through its Environmental Policy Committee (EPOC), it claims to have agreed 75 legal acts on the environment with its member countries. Furthermore, its decisions are legally binding on all those member countries which do not abstain at the time they are adopted, little different in effect from EU directives.

Significantly the EEB serves as a liaison between environmental NGOs in OECD countries and the OECD itself. This also allows the OECD to take advantage of NGO input, allowing the it to claim that the participation of environmental NGOs is co-ordinated by the EEB. By this means, the OECD works with representatives of organisations such as WWF, World Resources Institute, Greenpeace, and Friends of the Earth. Thus is the circle closed.

Monitoring and implementing measures is the OECD Environment Directorate which, with the International Energy Agency (IEA), serves as the Secretariat for the Climate Change Expert Group (CCXG) of the UN Framework Convention on Climate Change (UNFCCC), and undertakes studies of issues related to the negotiation and implementation of international agreements on climate change.

The Environment Programme as a whole is carried out in co-operation with international and regional organisation, e.g., the World Bank, UNEP, WTO, UNECE and Secretariats for UNFCCC and the Convention on Biodiversity (CBD). The Basel Convention key research institutes are also important partners, as is Civil Society represented through business, labour and NGOs (stakeholder partners). EPOC, we are told, is also actively engaging with key emerging economies through Global Forums on Environment (GFENV).

Although OECD is outside Paris (offices pictured above), UNECE, UNEP, WTO, and the Secretariats for UNFCCC, the CBD and the Basel Convention are all in Geneva, alongside the largest European External Access Service office outside Brussels, where the EU is fully represented.

It is no coincidence that this is also the home of the Geneva Environmental Network listing 110 green organisations in a subsidised office, supported by the Swiss Federal Office for the Environment and led by UNEP (office pictured below). 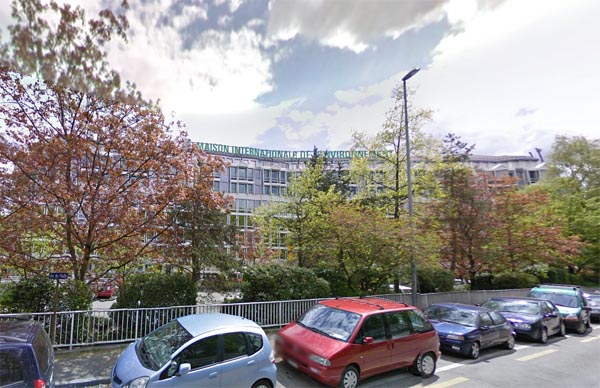 Such is the scale of environmental NGO penetration into the structures of governance, at global, regional and national level, that it is almost impossible properly to describe the degree to which they have become part of the fabric of government, their massive influence setting the agenda in a way that is scarcely realised.

But at least India has begun to realise the threat. After the initial broadside against Greenpeace and other NGOs, the ministry of home affairs has served a show cause notice on Greenpeace, asking why its permission to get foreign funding under the Foreign Contribution (Regulation) Act, 2010 (FCRA) should not be withdrawn. At least ten more NGO's are being targeted.

Dellingpole thus asks the obvious question. If India's government can stand up to the "green bullies", why can't ours?

Part of the reason, of course, is that India is an independent nation. With these self-same NGOs having got their feet under the table in the EU and with all manner of international organisations, it is going to be very hard for the UK to root them out. However, leaving the EU and withdrawing our funding would be a good start.