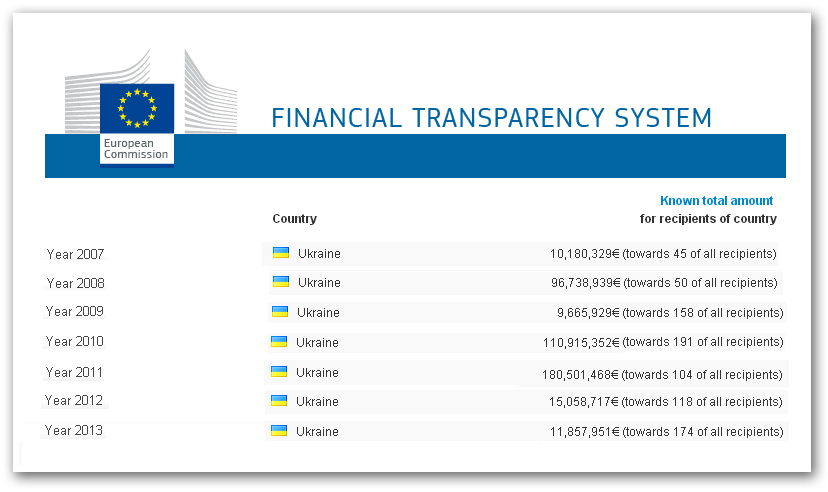 Peter Hitchens, on his blog, is having a spat over how much the European Commission has paid to Ukrainian Civil Society.

He has quoted an article in the American Spectator, in which it is claimed that the sum of €389 million had been distributed, only to have the Commission come back to him saying the "the actual figure is considerably lower". Relying on a list of projects here, it asserts that, during 2004-13, the EU made €31 million available to civil society in Ukraine.

These, it claims, were for programmes covering issues such as the fight against human trafficking, protection of asylum seekers, protection of children rights and other vulnerable groups, anti-discrimination, the prevention of torture and ill treatment, as well as electoral support, strengthening civil society oversight functions and governmental accountability.

However, on the Commission's own Financial Transparency System, the full spending figures are disclosed for the period 2007-2013 inclusive. Adding each year (collated above), we come to the grand total of €434,918,585, and that for seven years rather than the ten in which the Commission says €31 million was disbursed. 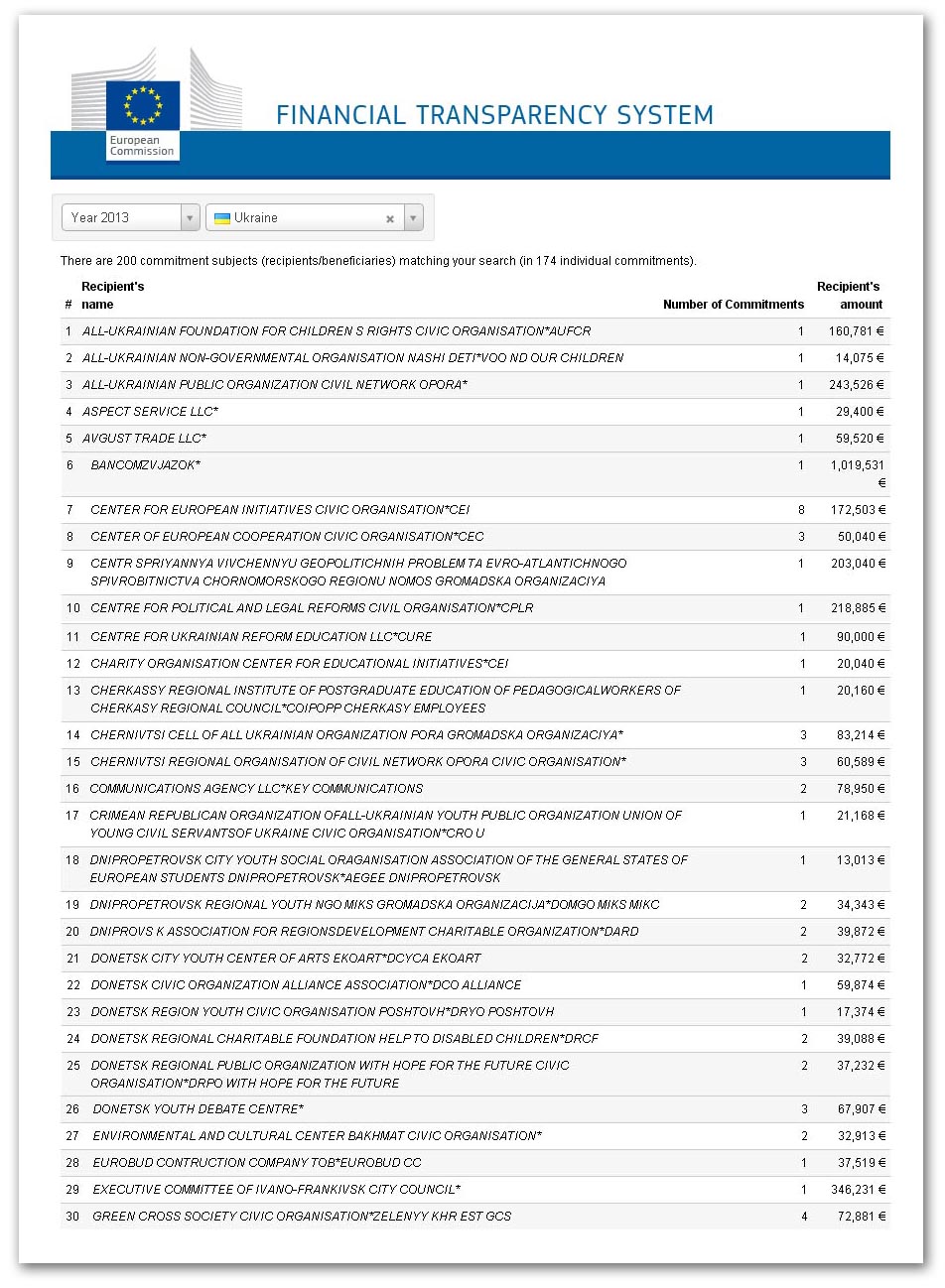 Helpfully, the Commission also lists each of the recipients, and the exact sums paid to each. I have taken the first 30 from 2013 and collated them on a single graphic (immediately above). Go through these and the other years and it is very clear that the €435 million is being paid to civil society.
This is the extent of the "bribe" being paid to Ukrainians, and it follows that recipients will be beholden to the European Union and will tend to support it. There can be no doubt that the EU is attempting to buy favour but, since it is so proud of its support for the Ukrainians, one wonders why it feels the need to lie about the extent of its backing.