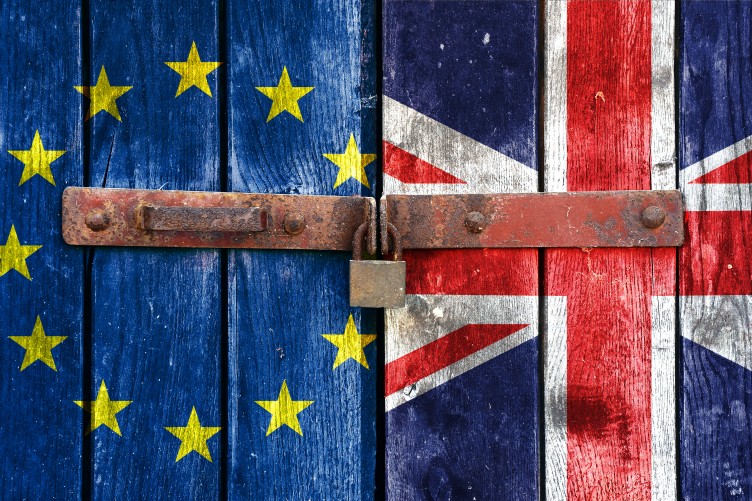 Given the flood of rubbish that we are seeing in the media on EU issues, therefore, most often it is the newspapers rather than the author(s) that we challenge. And, over the years, we have been active in pointing out their manifest failings.

But so devastatingly poor has their output now become that, for a long time I have been arguing that the legacy media (which includes newspapers) are incapable of reporting EU issues properly. I've even gone so far as to assert that they lack the institutional architecture which would enable them to do so.

Generally, such is their dereliction that they do not even realise when they are making errors, or allowing their authors to do so. When they are told, mostly they lack the honesty to admit they are wrong. As a result, they close down the means by which they could learn from their mistakes, and thus perpetuate their own ignorance.

As a result, pointing out media errors has provided a rich source of material for this blog, and in many ways we gain a perverse satisfaction from seeing the media repeat their errors. Thus do they confirm our thesis, again and again and again.

Very recent events have done nothing at all to shake our thesis and, as time passes, we see so many examples of the institutional media incompetence that we have occasionally wondered whether it is possible to have a free and fair referendum.

Fortunately, the grip of the legacy media is slackening, and although the self-referential politico-media loop survives – with constant reinforcement from the increasingly lacklustre London think-tank circuit – the number of passive onlookers diminishes by the day. People may visit media websites but fewer and fewer people rely on them. We go elsewhere for our information.

By way of an example, the media might assail us with discussions on tariffs in respect of the EU's Single Market. But knowledgeable people (which means those who do not rely in the media for their information), know that that main barriers to trade have long ceased to be tariffs, and have become non-tariff barriers. Unlike the media, we know that they are increasing to the extent that they are far more troublesome and expensive as trade barriers than the tariffs ever were.

Among the people who know this is the growing band of Flexcit readers - responsible now for over 21,000 downloads. Yet such intelligence escapes the media writers (whether staff of guests) because Flexcit lacks the magical quality of "prestige". And only if material is imbued with this property will it gain the attention of this snobbish, dying industry.

However, this "information snobbery" goes much further than merely excluding sources because their authors come from the wrong side of the track. The "not invented here" syndrome extends to any source outside the London claque, even when the originator has unimpeachable credentials and huge global stature.

Thus we see the authors of a recent think-tank paper prefer a source of some antiquity from within their comfort zone. Even though it expresses bizarre and long-discredited ideas (except, that is, to the London claque), it takes precedence over a more recent paper from Pascal Lamy, one time European Commission Trade Commissioner and former Director General of the WTO.

Published in English by the European Centre for International Political Economy (ECIPE) in Brussels, this paper might just as well be written in Swahili as far as the London claque is concerned. As to the concepts discussed – entirely familiar to the readers of this blog and those who have worked through Flexcit - they might just as well come from another universe.

In the wider world (such as inhabited by Pascal Lamy), information is most often assessed on merit – but that doesn't apply to the London circuit. Recruiting what Nigel Farage calls "posh boys" (and girls) for your editorial board will gain you far more brownie points than mere factual information. There is no premium at all for accuracy or depth - "prestige" is everything in a grouping where ignorance is worn as a badge of honour.

Furthermore, in their closed, self-referential little world, the "posh boys" (and girls) think they own the agenda. Certainly, with ready access to an incompetent legacy media – which is also largely London-based – they have high visibility and gain in "prestige" from being published in "prestigious" journals. But it is merely an exercise in mutual coprophagia. It impresses only the denizens of the bubble.

These were the people who, almost to a man (and woman), failed to predict the outcome of the general election, when we were quietly confident that the Conservatives were going to win. Many of the self-proclaimed financial gurus in the claque missed the signs of the 2009 financial crisis coming, and still don't understand why it happened.

Nevertheless, to help them remedy their profound ignorance, it has been put to us that we should expend time and effort "educating" these people - leading them to the path of righteousness. Despite having been ignored, sneered at, and generally treated with disdain, we should now extend to them the benefit of our hard-won learning, even though most of the material is contained within Flexcit, which they can't be bothered to read.

But not for nothing did I invent the phrase "constructive ignorance". It describes a state affecting certain people, where they deliberately deprive themselves of information. Most often, they revel in their own ignorance as they limit themselves to "prestige" sources, mostly from within their own circles.

Unfortunately, rather like alcoholics who can't be treated until they admit they have a problem, these "information snobs" can't be tutored or informed until they are prepared to admit what they are. They then need to recognise that they are neither the centre of the universe, nor the fount of all knowledge and wisdom. They also have to acknowledge that other people, some of them despicable, lowly creatures, might actually know more than they do – a lot more.

Such presumption in lowly creatures, however, is most often regarded as "arrogance" (better translated as having ideas above one's station). The effect of this property is further to legitimise the exclusion of their information. If the claque can dismiss a source as "arrogant", or confer a base motivation, it absolves them from taking any notice of it at all.

By this means, we see created the Catch-22 nightmare where advocacy of a message from an "inferior" source is matched by an equal or greater determination that it should not be heard. Only if one is deferential and discrete is a work regarded favourably, except that it then remains unknown and is ignored anyway.

Confronting the nature of this problem, one is reminded of that wonderful joke, which asks how many social workers it takes to change a light bulb. The answer, contrary to expectation, is one – but the light bulb really has to want to change.

Despite the put-downs, the sneering and the studied indifference, we are still keen to spread the messages that can help win the referendum - as opposed to bolstering their progenitors' egos. The readers of this blog (and this writer) collectively represent a powerful resource, with unparalleled skills and knowledge. We are here to be used and are remarkably liberal with our information and who has access to it.

But if the "information snobs" are determined not to listen - are determined not to read anything we produce - we cannot help them. If they remain attached to their belief that they are the superior beings who have nothing to learn from us "plebs", they will continue to fester in their own ignorance. Much as we might regret it, there is nothing anyone can do. And we cannot afford to waste our time on them. Our focus has to be on those who appreciate our work, and can make best use of it.

And that, despite the presumption of the gilded circle, is actually the majority. The monopoly of information provision (and analysis) went long ago and the amateur efforts we so often see handed down from the centre merely invite derision (and occasionally despair). The "information snobs" are the losers - they're just too ignorant to know it.