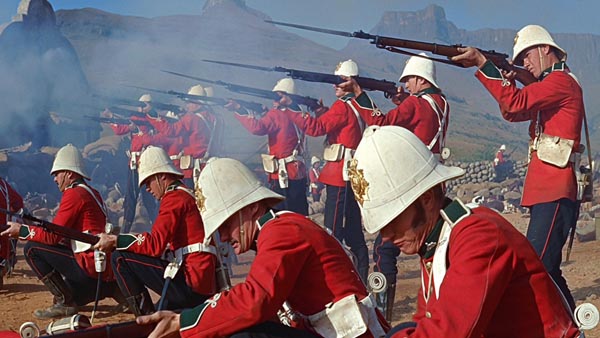 Our Leamington Spa meeting for 12 September has been so enthusiastically received that we've lifted the upper limit. That means there are now a few more places available so, if you wish to attend, contact Dorothy Davis by e-mail via this link in order to make a booking.

The main reason for the meeting is to recruit activists who want to be part of the "no" campaign but who are of an independent demeanour and don't want to work within the larger, established groups.

However, there is more to this than would at first appear. As we begin to understand better the nature of the campaign we are fighting, and the way events are likely to develop, such a group is emerging as a core strategic need.

Bringing this home is the recent news that David Cameron is planning "another whirlwind tour of European capitals next month", supposedly seeking backing for Britain's EU renegotiation before the Conservative annual conference, this time by targeting the smaller Member States.

Thus, although elements of the "yes" campaign are increasing their activity and noise level, this reminds us that there is another player in the game – the prime minister. And it is he, with the backing of the EU and Member States, which comprise the real opposition – not the rather inadequate figures which are set, formally, to represent the pro-EU membership forces.

Secondly, we recall reports which originated in the Sunday Times which have Mr Cameron aiming to "choreograph" a row with the French government next spring to persuade voters that he has secured a good deal from Brussels.

This was according to Andrew Lansley, former health secretary and a man who may be involved in the official "yes" campaign. He is, therefore, capable of spreading disinformation for the purpose of unbalancing "no" campaigners, and distracting them from Mr Cameron's core strategy.

Nevertheless, this is seen by the Independent as revealing something of the way of Mr Cameron intends to play his campaign, and it certainly accords with our expectations. In EU politics, there always tends to be a strong element of theatre.

But such a transparent ploy cannot be the whole extent of the Cameron/EU strategy, especially as there hovers in the wings Mrs Merkel's delayed treaty, which is set to re-emerge towards the end of 2017.

The calls are by no means coming solely from Germany, with this Dutch seminar indicative of the wider sentiment. But even as the German parliament approved the terms of the third Greek bailout, we saw its MPs speaking in terms of "further development of monetary and economic union", confirming that treaty change is very much on the agenda.

On that basis, we have a situation where the most powerful of our opposing forces has neither taken to the field nor declared its hand. While the official "yes" campaign will continue in its role as "noise maker", it is not defining the battlefield and nor are the issues it raises those on which the battle will turn.

To an extent, operations like British Influence are more like the Zulu warriors in the opening phase of the battle for Rorke's Drift, where in the film they are depicted taking fire from the British defenders so that the generals could count their guns.

Taking more from the film depiction of the battle, though, we can see in the narrative two excellent examples of the classic military technique of withholding some of the available forces, keeping them out of the immediate battle to form a reserve.

The first instance is when Lt Chard, the commanding officer, assembles two lines of soldiers in anticipation of a major attack. They are deployed when part of the defence wall collapses under the weight of the Zulu assault.

There then follows that memorable scene where the lines alternate fire, to the cadence, "Rear rank, fire! … Reload!", as the rear rank repeatedly advances through the first to recover the lost ground (pictured).

The second instance runs right through the film, as Chard orders from the very first the construction from mealie sacks of a redoubt in the storeroom yard. As the battle progresses, this is gradually built and, just before the final epic scene of the film, Chard orders Colour Sergeant Bourne to take one man in three (a third of the entire defence force) to hide in the redoubt.

As the Zulus advance, Chard then orders his bugler to signal the retreat, whence the troops defending the perimeter pull back and reassemble in two lines in front on the redoubt. The hidden troops then emerge to form the third line, with the combined, disciplined fire of the three ranks beating off the attack.

Whether or not events unfolded exactly as depicted is immaterial. (Most likely, they did not.) What was illustrated is precisely that principle which we in the "no" campaign need to adopt, the creation of a strategic reserve, to be held aloof from the battle and only deployed once the disposition and intentions of the enemy are known.

Inasmuch as we expect Mr Cameron, with the backing of the "colleagues", to mount a late-stage "attack" in what they hope will be a decisive assault, we believe that we must have a trained and highly motivated "reserve", geared specifically to identify and then counter this threat.

That will take up much of the discourse on 12 September, when Robert Oulds and I will be laying out the bare bones of a campaign structure, and then hearing from everyone else their ideas about how this force should be organised.

The crucial point then to take home from Rorke's Drift is that a very small, organised force can defeat one many times its size, even when – as with Isandlwana – a much larger force has already been defeated.

In that sense, we will be fighting a Rorke's Drift battle, where quality and tactics will prevail over numbers. We can afford to let the established "no" campaigners dissipate their efforts in a replica of Isandlwana, as long as we are crouching behind our mealie bags, ready to take up the slack.