EU Referendum: the role of prestige 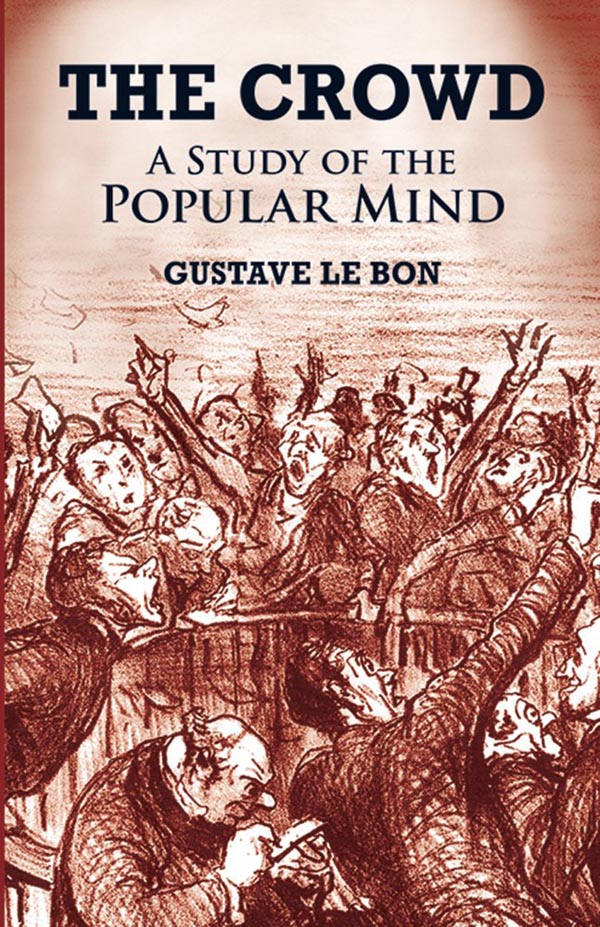 In the beginning, there were only a few voters in each constituency. Everybody knew everybody, and it was relatively easy for candidates in elections to communicate with their electorates.

As the franchise expanded, political parties became more active, with local party workers doing much of the heavy lifting, getting the message out to the voters. But, as the political parties shrink and local activism has died, elections are increasingly managed from the centre.

Television in the early days helped, but as the distinctions between parties narrowed, other parties muddied the waters and party loyalties waned, getting the message out became more difficult.

And so have developed more and more sophisticated mechanisms for reaching target audiences, including the concept of "microtargeting". This involved defining with ever more precision specific interest groups and tailoring messages specifically for them, based on the unique information collected about them.

This is supposed to be future of campaigning. Certainly, we are seeing in this referendum two groups gearing up to use this techniques. There is the BSE Campaign on the one hand and Leave.eu on the other, using Cambridge Analytica to do their number crunching. We also know that Vote Leave Ltd are planning to use this technique.

There is obviously some validity in this technique. Ostensibly, people need information on which to base their voting decisions and if you can supply them with crucial information, at exactly the right time, finely tuned to match their needs and prejudices, then there is a chance you can influence them to vote in your favour.

However, there are three major problems with this technique which, in a referendum contest of the complexity that we're dealing with, may neutralise the technique, or even render it counter productive.

Firstly, there is the sensitivity issue. Collecting data about people is not a neutral activity. It requires a certain amount of intrusion, which a lot of people find offensive. Yet, when targeted messaging is used, it is often very obvious that it relies on data collection and analysis.

But, when someone writes (or e-mails you) out of the blue, with your correct name, delivering a message that indicates an amount of knowledge of your preferences, this can be both alarming and offensive. Rather than provoking the sort of response you are after, it can have completely the opposite effect.

The second problem is simply that of competition. If you are the only ones using the technique, then you may have the drop on the other side. But if both sides are using it, they may simply cancel each other out. More likely, it leads to an arms race, where more and more sophistication is demanded, at greater and greater expense. Targets also tend to get saturated, which means they are likely to switch off, neutralising your expensive campaigning.

The greater of the three problems, though, betrays a fundamental misunderstanding of the way voting decisions are made, and what influences ordinary people. The standing fallacy is that people make decisions rationally. From this stems the false assumption that, in order to influence them, all you have to do is inform them of the "right" facts.

This we've seen in the Ukip camp, where this belief is prevalent. Many thus believe that, if people are not listening, the answer is to shout louder. We've also heard it from Conservatives following election defeats, when it is so often observed that: "we are not getting our message through".

However, simple reference to Haidt and The Righteous Mind has us informed that: "reason is the servant of the intuitions". People tend to make their decisions first, and then find the facts to justify them.

As to what influences them in the first place, one of the crucial elements, if not the most dominant, is that mysterious property of "prestige". From Gustave Le Bon, we've quoted this before:

The special characteristic of prestige is to prevent us seeing things as they are and to entirely paralyse our judgement. Crowds always, and individuals as a rule, stand in need of ready-made opinions on all subjects. The popularity of these opinions is independent of the measure of truth or error they contain, and is solely regulated by their prestige.

Our opinions, to a very great extent, are determined by the prestige of the source. The greater the prestige, the more likely it is that we accept what we are told – particularly the English, who seem more bovinely conformist than many other nations.

Arron Banks, on the other hand, tells us that his polling showed different non-political voices that the public trust most, asserting that they "hate" all politicians. This justifies the exclusion of politicians from the campaign process.

But there is a danger here that such findings can mislead. Firstly, it is unlikely that people are telling the whole truth. I've lost count of the number of times people have told me they don't believe what they read in the papers, only then to see them citing stories in a manner that makes it evident that they believe them. Even people you might have thought were hardened cynics display a gullibility verging on naivety when it comes to the media.
Then, in decision-making terms, "hate" and "prestige" have wholly different properties. A prison officer, going about his duties, may be hated. But he will carry prestige and will be able to function as a result. People accept and act upon information delivered by those with "prestige", regardless of their personal feelings for them.

Furthermore, people are able to – and quite commonly do – distinguish between the office and the office holder. This is especially the case with the prime minister. At home, he may be David Cameron – a Conservative politician. But, representing his country, he is the Prime Minister, carrying the considerable prestige of that office.

When it comes to the referendum, we the "leavers" will be confronted by that prestige. This will be a massive obstacle to overcome. Additionally, David Cameron will have the support of most of the political and business establishment and probably the media as well, with all the prestige that that confers.

In attempting to neutralise all of this, there is a suggestion that we should use "ordinary people" as spokespersons. The thinking is not altogether off the wall, but it can't deal with the situation in which we will find ourselves. For instance, while one might trust a fireman if one's house was on fire, when it comes to the question of whether we should remain in the EU or leave, the premier's prestige is likely to prevail.

As a possible counter, we have explored a possible inter-relationship between distance and prestige, with the idea of building local and online "communities" which can shorten the chain between source and point of delivery. Essentially, we need to be building social capital within multiple networks, as a means of offseting high-prestige communications.

But, as Pete points out, much will depend on the gravitas – the underlying authority - of our campaign. As such, we cannot afford to be seen intimidating CBI companies, or fulminate about migrants, or associating ourselves with some of the more extreme views on Muslims. We cannot even afford to be pushing for non-existent bonfires of regulation.

Furthermore, neutralising the Prime Minister's prestige only buys us a ticket to the next stage of the debate. We then have to offer the electorate our own vision for a post-exit UK and come up with credible assurances that it is achievable – our exit plan by whatever name we care to give it.

Putting all this together, our first task is to build ourselves a reputation as an authoritative, credible campaign. While doing this, we need to be assessing the state of the campaign with a view to detecting any shifts in public attitude towards the question, and we need to be devising a strategy of countering the prestige of our opponents. Then we will have to have our vision ready, and our credible exit plan, with a structure in place that can communicate it to our target groups.

This is a tall order. So far, I don't think we're anywhere near surmounting even the first hurdle. We still have time, but even two years is going to stretch us.