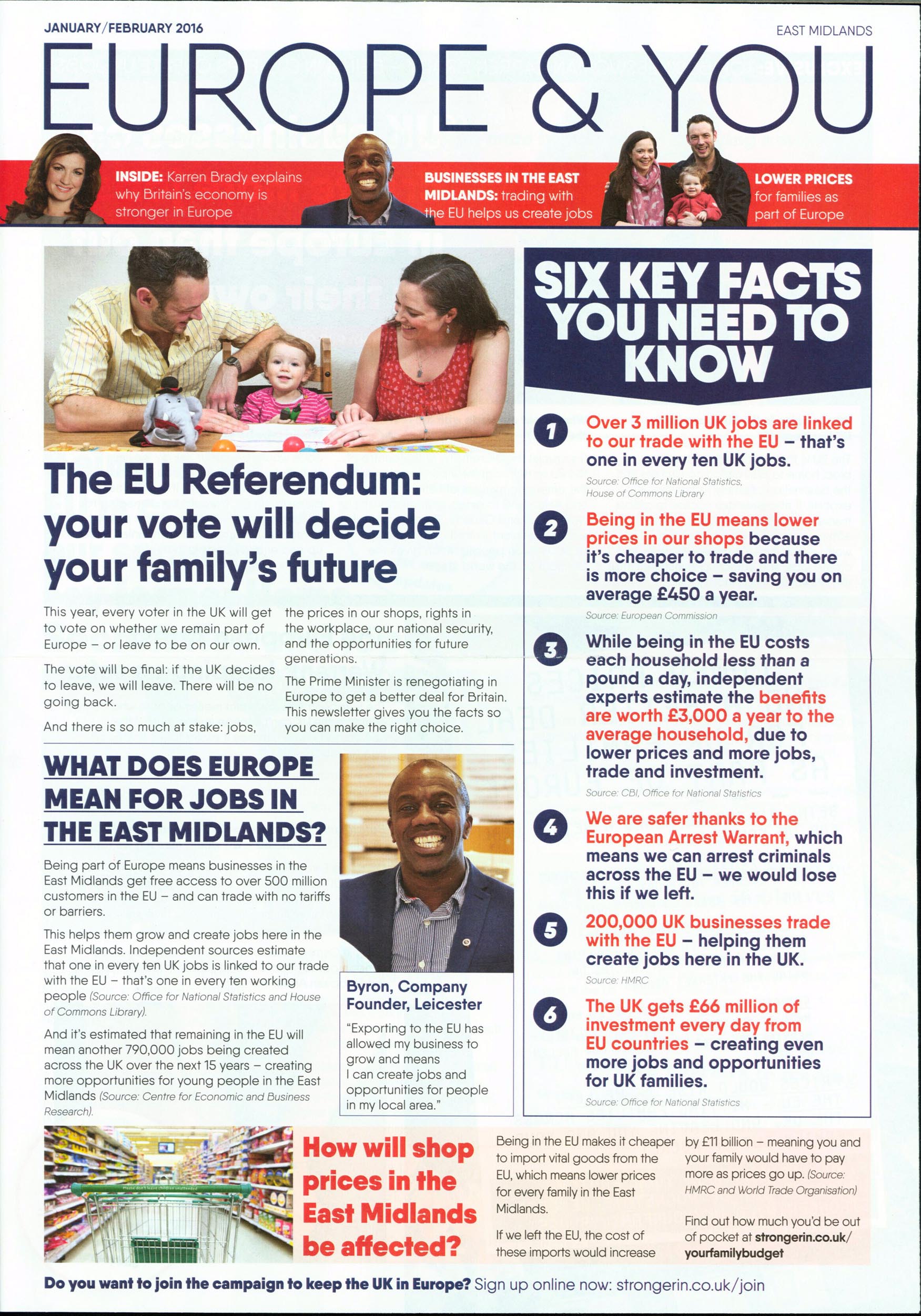 I've been sent copies of the Europhile leaflet - a facsimile of which I am posting here (click each image to enlarge) ... together with a critique. Bear with me ... this will take a little time.
The easy point to make about the "six claims" is that, apart from the European Arrest Warrant (EAW), none are affected if we continue to participate in the Single Market. As to the EAW, an interim measure, we would continue this until we have completed post-exit negotiations on a better deal. 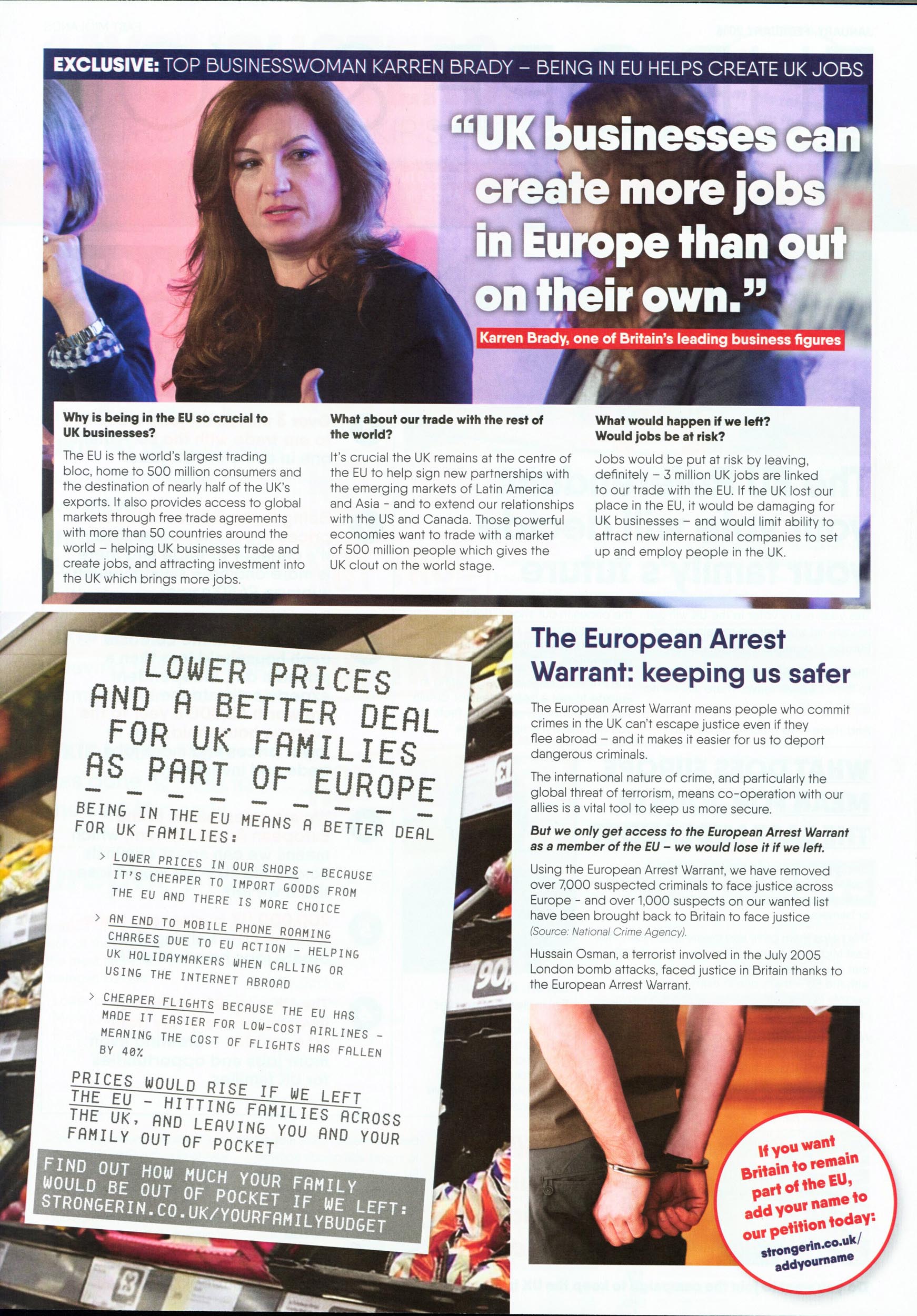 This is page two of four ... the theme continues, conflating membership of the EU with participation in the Single Market. Also, we see how they feature heavily on the economic issue. This is precisely what we thought they would do, hence our emphasis on a strategy which neutralised this issue and concentrated on governance and the global opportunity. 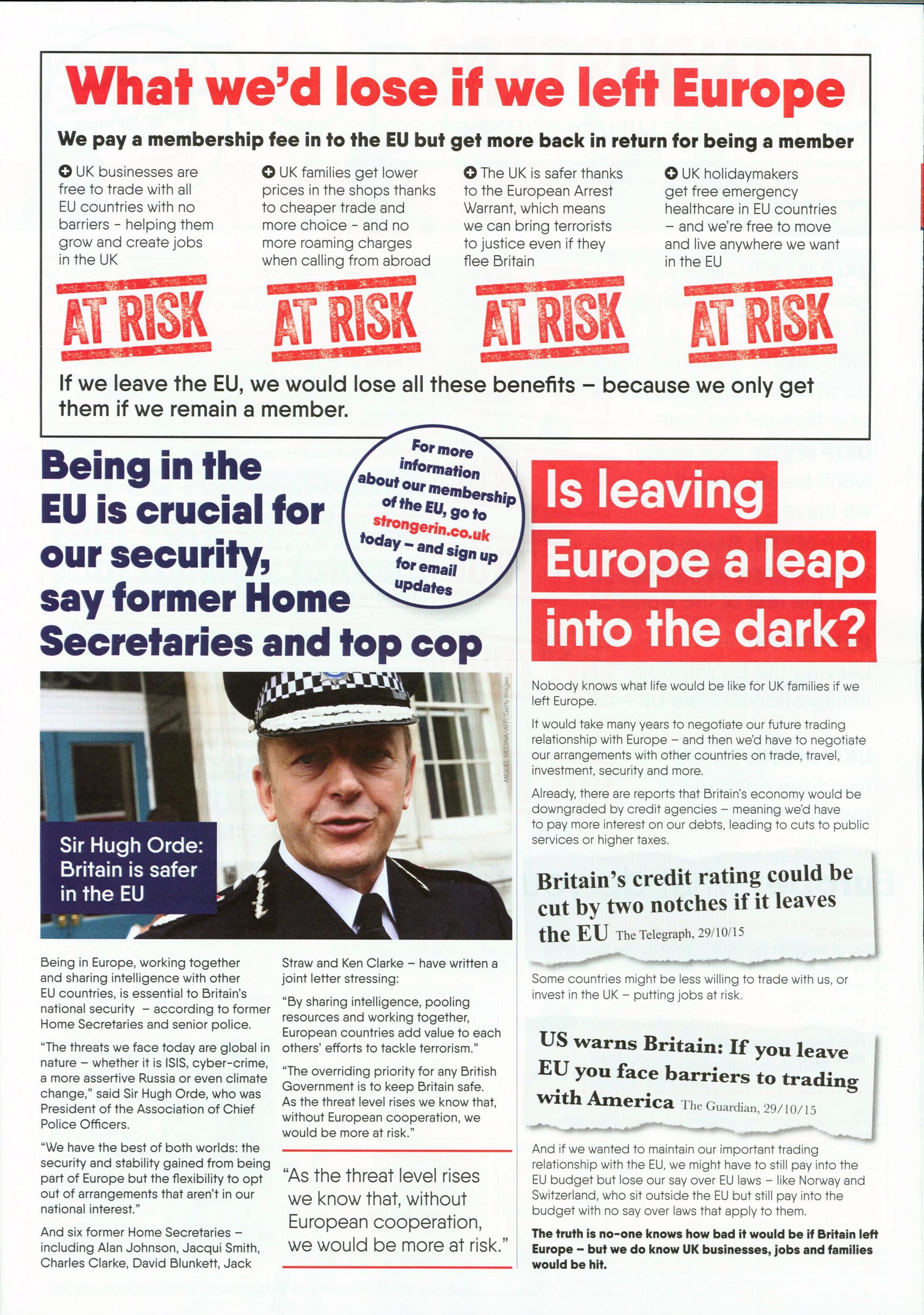 Page three, and the "security" canard, using the "appeal to authority" with a pic of a plod. Perhaps policemen should stick to policing (first time for everything), and leave issues about how we are governed to the people who employ them (us). And then, note also the "leap in the dark" meme, pretending that there are no exit plans - despite the 38,000 downloads of Flexcit. 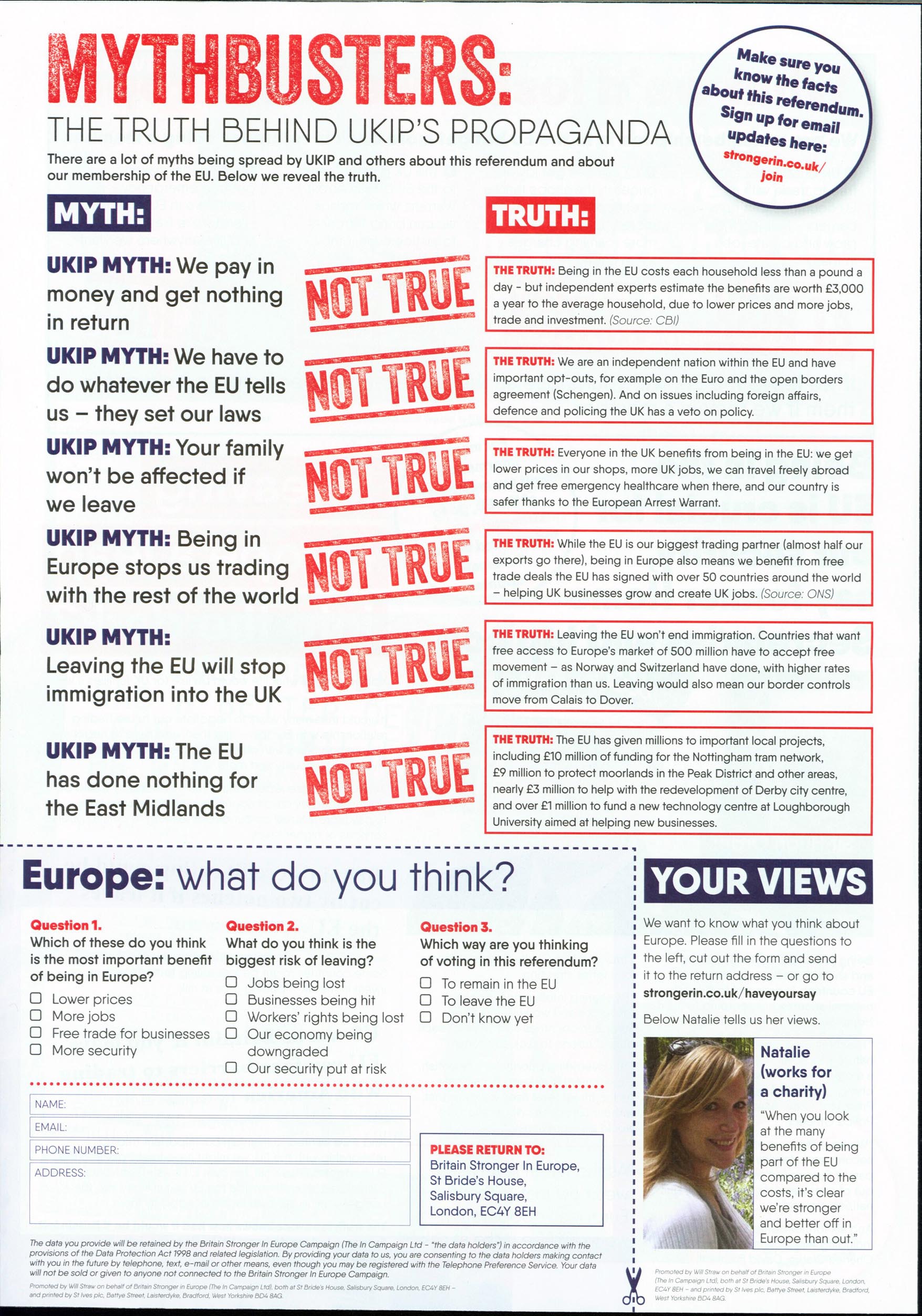 And this is the final page ... note how they pick on Ukip for the target.