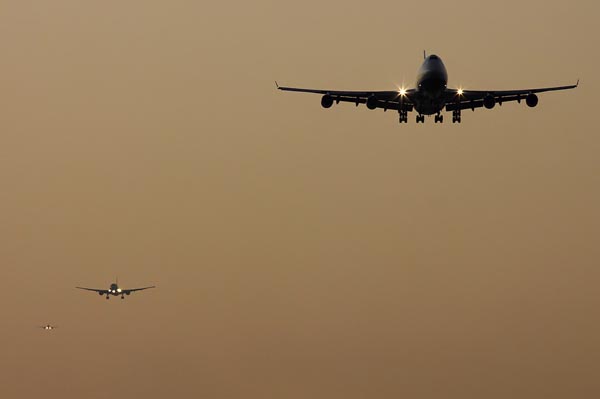 I suspect very few of those people who fly to destinations outside the EU give much thought to the legal instruments which make their journeys possible, or that in travelling to their destinations (and returning), they rely on the EU's External Aviation Policy.

This arises from the ECJ's open skies judgements of 5 November 2002, which clarified the demarcation of powers between the EU and member states in the regulation of international air services.

The court had ruled that Member States could no longer act in isolation when negotiating international air services agreements. Specifically, it affirmed that nationality clauses in bilateral agreements were contrary to EU law, thus requiring member states to allow any "EU carrier" to fly from their country to a third country.

What is of great significant to those of us contemplating a post-EU future is that the judgement and subsequent Regulation (EC) No 847/2004 required the amendment of some 1,500 bilateral agreements between member states and third countries in order to have the "EU nature" of air carriers recognised.

The effect of this EU intervention is that the UK no longer negotiates agreements with third countries independently but as an EU member state, acting together with the other member states.

For instance, the agreement with the United States which grants reciprocal rights for US and EU member state carriers to access each other's airspace, is drawn up between the member states as "parties to the Treaty establishing the European Community and being Member States of the European Union".

Arguably, this agreement  and those like it, as between other member states  falls once the UK withdraws from the EU, which means that UK airlines can no longer fly to third country destination (and then there are the EU destinations  an altogether different matter, as we are dealing here with the Single European Sky).

Not least of our problems with the external policy, is that third country agreements apply to "Community airlines", or like terminology. Most often, as in the agreement with India, the reference is to "Community air carriers".

The effect of this is startling. In legal terms, where substantial ownership and effective control of an airline is not vested in a Member State or States, nationals of such a State or States, or both, or the airline is not licensed as a Community airline or does not have its principal place of business in the territory of the European Community, any third country "may revoke, suspend or limit the operating authorisations or technical permissions or otherwise suspend or limit the operations" of the airline.

For those who believe that we could leave the EU without any negotiations, or that the "filthy Hun" would quickly come to heel because they want to sell us their Mercedes, there is a slight problem. Once we leave the EU, it will be for us to negotiate access, not with the EU but with the hundred-plus countries with whom we will then have no access agreements. That should keep our reduced band of diplomats rather busy for a few years.

Then, of course, we have to deal with the reciprocal rights of the airlines of EU member states, and of our own airlines, all of which have acquired rights as a result of the external aviation policy. And then, there are the EU aviation issues to resolve  yet another story  to avoid all European flights being grounded.

However, these problems should not arise if the UK remains within the EEA. The common rules for the operation of air services in the community, which include provision for licensing air carriers, have EEA application, allowing existing arrangements to continue.

As long as the relevant EU regulation is adopted, and the requisite administrative requirements are maintained  and agreed with the EU - UK licensing arrangements will remain in force. UK airlines will continue to be "community airlines" and can benefit from the third country agreements already in place.

The overall point, thought, is that a "sudden death" withdrawal from the EU, with the instant repeal of the European Communities Act, would cause huge disruption, and this is only one example. As one gradually peels back the layers of agreements we have, either with the EU or implemented within the EU matrix, one begins to learn quite how complex the process of leaving is going to be.

That is not to say that it is impossible  just difficult, and time consuming. We are not going to be able to unravel quickly all the hundreds of complex ties that have been made over the last forty years. And this is why in Flexcit we propose a multi-stage process, using the interim solution of temporary membership of the EEA.

It is also why we get increasingly irritated with the plethora of half-baked plans which do not begin to recognise the realities, and treat EU withdrawal as if it was something that could be accomplished overnight. Failure to plan for the complexities of withdrawal, in my view, is a sure-fire way to lose a referendum, as Mr Salmond seems intent on doing in Scotland.

We ignore those complexities at our peril.