The indifferents have it 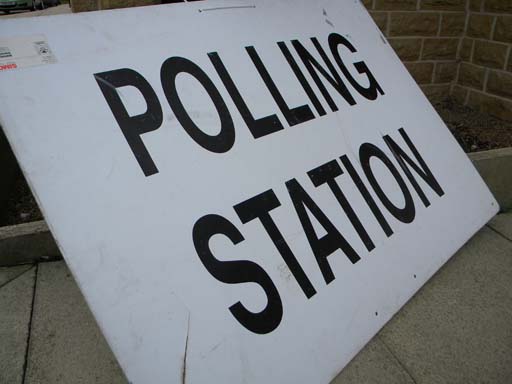 The Guardian has had Joris Luyendijk, a Dutch anthropologist, travelling around Britain to find out what people think about the local elections. At least he does not patronise us by talking of apathy straight away. Instead, he uses words such as cynicism and indifference. It is almost as if he's been reading this website.

If elections are the main ritual by which a nation imagines itself politically, says Luyendijk, then the UK last week felt comatose. Asked about their local polls people would give me tired looks that seemed to say: "Poor foreigner, you fell for that one? Let me set you straight".

But then he spoils it by coming out with the "a" word, although he had his people uttering "dismissive" and "contemptuous" phrases, looking at politics as a talent show with really boring contestants.

Boring seems to be the operative word, as the Guardian was, at the time of writing, one of the very few newspapers running a live blog, a forlorn task as most results will not be in until tomorrow, and the mayoral referendums aren't counted until the afternoon.

The one good bit of news there is that most of the ten cities voting are expected to say "no". As for the local authority elections, very early results seem to confirm that the Tories are getting a pasting, as indeed are the Lib-Dims, who seem to be looking at a meltdown. By morning, the losers will be comparing scars.

And just one result for UKIP, in Sunderland, has the party doing better than the Tories. There will, of course, be a great deal of damage limitation through the night, but one view being expressed is that, if the Tories keep their losses down to 450, they will have done well. The expectation, though, is that Labour will gain about 700.

However, the one figure of most significance in assessing the health of our democracy (not) will be the turnout. My guess is that it will show that les indifferents have it. They will be the only real winners.