A political system on trial 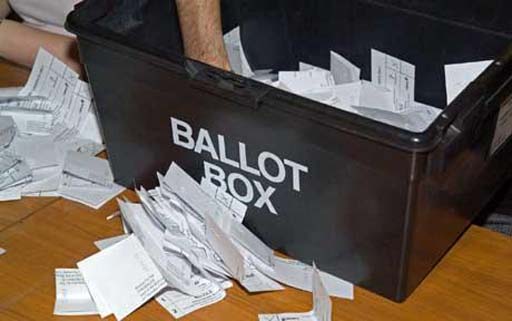 Polluting the Telgraph is a vast, if vacant apologia from David Cameron, the reportage of which does nothing at all to reassure that the politio-media claque even begins to understand what is happening in the real world.
Thus we have Robert Winnett, "Political Editor", no less, telling us that last week Labour won more than 800 extra council seats and the Conservatives' share of the vote fell to just 31 percent.
But it didn't. On a turnout of 32 percent, the Tory share fell to less than ten percent – 9.92 percent, to be exact. Less than one in ten of eligible voters in this election were sufficiently attracted by an idea of a Conservative administration to get out and vote for one.
Nigel Jones in the Mail has got it, so it can't be that hard to understand. Only 12 percent of electors voted Labour, he writes. And when the two leading parties together attract only just over 20 percent of the popular vote, this is a crisis for democracy.
Pretending it isn't happening, and adopting a business as usual model, is not a sensible response. The days are long gone when a few tweaks to the system and some honeyed words will suffice.
The entire political system is now on trial, and if the establishment think they "get the message", they are deluding themselves. And the pain is not going to go away until they do.
COMMENT THREAD