UKIP: "Well it's not Brussels fault is it" 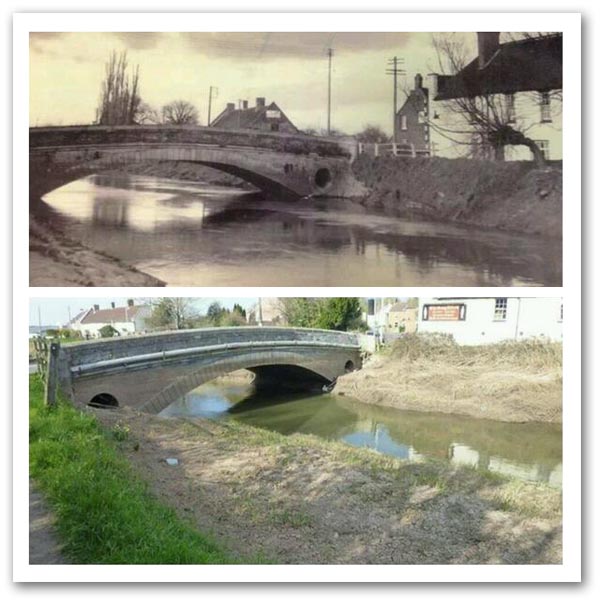 Via Autonomous Mind comments, we get a short extract from last night's BBC Any questions, where UKIP's Lisa Duffy was challenged by Keith Vaz, who stated: "I'm astonished, actually, that Lisa hasn't blamed Brussels for the floods".

From Lisa Duffy, who was styled as Director of UKIP and head of campaigning, we had already had the UKIP "line" of cutting foreign aid and setting up a new civil defence corps. But, in response to Vaz, we then got the immortal line: "Well it's not Brussels fault is it".

How Mr Borroso's heart must have soared, at such a spirited defence of his line, denying that floods had "anything to do with European regulations or responsibilities at all".

Meanwhile, from the Farming Forum, we see a "before and after" set of pictures take by James Winslade's family of the River Parrett at Burrowbridge. (James was one the farmers who had to evacuate his cattle from the Levels.)

The narrative sent to me suggests that this shows the problem exactly. All the anti-dredging propaganda the Environment Agency (described as the "Environmental Agency" by UKIP's Janice Atkinson), has been persuading various academics to churn out to get it off the hook – including their bloody Janet and John diagrams – have only talked about depth of rivers.

The problem on the Levels is the amount of volume that has been lost by banks encroaching, again through lack of dredging, with the margins being colonised by reeds and other vegetation (for some reason the EA has even planted Miscanthus in some places) and even trees which, of course, is a self-perpetuating process.
All of this, of course, passes by the egregious Lisa Duffy, who fails even to read her own party's website, which has, at last, grudgingly acknowledged the role of Brussels in the floods. But then, with a leader who seems to have odd lapses of memory, it is perhaps unsurprising that the egregious Duffy has trouble working out what UKIP stands for.