EU exit: all at sea with the think tanks 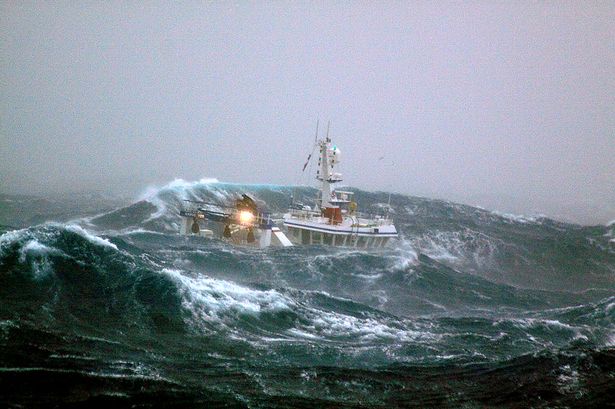 There must be something in the water down in London town, affecting how people think, and certainly the performance of those organisations which ñ with increasingly less justification ñ call themselves "think tanks".

One of our more recent targets was Lee Rotherham's Civitas paper, and while I can "see where he is coming from" ñ in management-speak parlance - I fundamentally disagree with his strategy of testing renegotiation to destruction before we unleash EU withdrawal on the unsuspecting public.

This hasn't prevented us conducting a robust but friendly exchange, culminating in an lively argument in the Red Lion yesterday, where we ended up agreeing to disagree. I still think he is wrong, but I respect his reasons for promoting what I feel to be a flawed approach.

At least in this case, though, we have a paper which sparked debate ñ which is supposed to be the purpose of treatises published by think tanks. The point of publication is to try out ideas and argue them through, allowing them to fall by the wayside if they don't survive the scrutiny.

One can be forgiven for assuming, however, that that view is dropping out of favour. One gets the impression that the London think-tanks are on broadcast-only mode. Any conversation between them is private and us serfs in the provinces are supposed to genuflect before their greater wisdom and imbibe uncritically all they deign to hand down to us.

Certainly, despite some shoddy and very questionable work, the bulk of the think-tanks get an easy ride from the (London-based) media, being given a free pass to publicise their wares, with never a hint of criticism or even critical analysis.

Into that category falls much of the work from Business from Britain. There is nothing personal in our criticism of the think-tanks publications. Simply, we take the view that it does no-one any favours if we allow to go unchallenged work of questionable quality. We ourselves have to be our own most severe critics, because if we can't support our ideas in the rough-and-tumble of public debate, they are not going to survive the test of time.

Holding very similar views as BfB, but very much on the dark side, is Open Europe, which we have seen don false colours, allowing many to think it is a "eurosceptic" organisation, while assiduously promoting a pro-EU line.

This, not so very long ago, brought Witterings from Witney. Boiling Frog and Autonomous Mind into the fray, attempting to counter the poisonous disinformation of Mats Persson over the Norway Option, which continues to this day.

Yesterday brought us into the fray once more to deal with Open Europe with its quite blatant propaganda on the effect of leaving the EU on the financial services industry. Its form of propaganda is all the more dangerous, as it purports to offer a balanced view, attempting to lead the unwary into believing its claims that it is a non-partisan organisation.

Then, the latest recruit to the hall of shame is a frequent visitor to that location, our very own IEA which has just published a report addressing the "EU jobs myth".

On the face of it, any attempt to debunk that most egregious of myths ñ even to this day perpetrated by Gordon Brown - should be welcome. And, for the uncritical media (or the tiny fraction that could be bothered with this report), the effort is entirely sufficient.

It is also the case that our opposition is less bright than it would like to think, and does not engage seriously in debate ñ relying mostly on constantly repeated FUD. Against such lacklustre opposition, the IEA has done the necessary, but that is rather like applauding the England cricket team for winning the test series against Merthyr Tydfil primary school (second eleven).

For a more discerning audience, however, the effort, coming from the IEA's Head of Public Policy, Ryan Bourne, is less creditable. Not least, Complete Bastard rips it apart with consummate ease.

The point Bastard makes is that EU withdrawal (I hate the word "Brexit") must not be seen as a leap in the dark. We, the anti-EU movement must be able to offer a smooth, trouble-free transition from EU member to independent nation, otherwise too many people will take fright and we risk losing the referendum.

Yet Bourne does anything but that, far too easily conceding that there could be considerable disruption before the market settles down, and any lost employment is recovered.

This is simply something we cannot afford to concede but, in the hands of the IEA, it becomes necessary because, with almost endearing stubbornness, the Institute refuses to accept the validity of the "Norway Option", having rejected it on entirely doctrinaire grounds in its chaotic, dishonest "Brexit" competition.

This puts the IEA on the wrong side of the tracks, capable of doing more harm to the anti-EU cause than some of the more inept pro-EU organisations, which at least are obviously and openly on the other side.

Unfortunately, the anti-EU movement has to confront no end of these fair-weather friends. It cannot allow false nostrums to prevail, polluting campaign messages. Their authors must be disowned and their errors rigorously exposed.

Nevertheless, some would have it that we should take a more emollient "big tent" approach, and accept a compromise view that keeps the anti-EU movement united. Advocates of this approach need to consider whether their objective is to unify the campaigners or to win a referendum. The dilution of the message may secure the former, but at the risk of losing the bigger battle.

Successful campaigns, on the other hand, tend to be uncompromising, projecting a consistent, coherent message with conviction and clarity. Small numbers often succeed with this when larger numbers fail. Their "secret weapon" is the realisation that they are there to win battles, not make friends.

Thus, it seems to me that we cannot give a free pass to the faint hearts and woolly minds of the London think-tank circuit. Their work, no more than anyone else's, cannot be immune from criticism and debate, even if they want to cast themselves as above the fray. And if they produce rubbish, it must be treated as such.