EU Referendum: countdown to the campaign 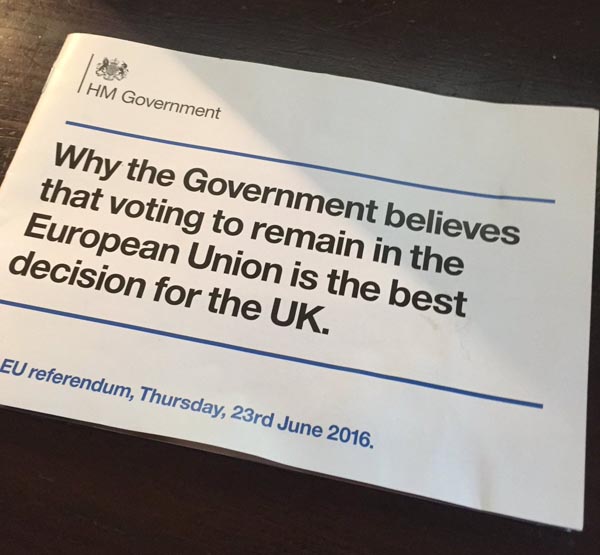 The referendum campaign proper starts on Friday, with the commencement of the ten week period allocated by the government. The day previously, we expect to have the Electoral Commission announce the designated lead campaigners for the "remain" and "leave" propositions.

On the Friday, our efforts will move into high gear, with our campaign site on Leave HQ providing material for campaigners, either for themselves, or to pass on. And while that is happening, this blog will do what it always has done – provide a mixture of factual information, analysis and hard-hitting commentary, hosting at the same time ongoing discussion on the comments session.

Once the official starting gun is fired, we expect to be heads down, concentrating on the campaign, fighting it as best we can. A big milestone will be the meeting on Saturday 23 April at the ROSL in London, which will also provide the opportunity to make a number of videos for posting on YouTube.

All these activities are funded by the generous donations of readers. We are not being funded from any other source. So far, with direct donations which do not show up on the counter board, we have reached just short of Ł19K. This is enough to pay Peter full time (I am not drawing any salary payments), to fund the meeting and film-making and our on-going expenses. We are also looking to fund the Flexcit bloggers.
I've sought to write personally to thank everyone who donated. If I've missed anyone in what seems an increasingly erratic e-mail system and an even more erratic owner, I do apologise. You've kept us in the game, and the vote of confidence means as much as the money.

As regards the referendum itself, I believe it is winnable, and will be fighting to win – as will the whole team. It is going to be a hard slog, and we've never pretended otherwise.

At least, though, we got the Government's leaflet today, so we're not feeling left out. I was thinking of putting it on e-bay but I guess there won't be much demand for it. But for all that, it's a historic document. That's what betrayal looks like. I'm going to keep mine as a reminder, for when we win.